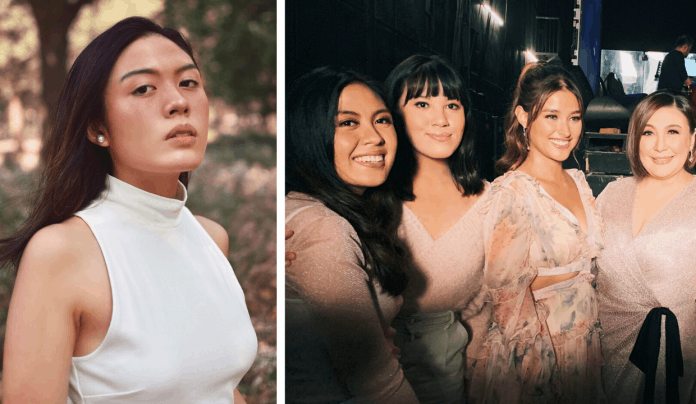 Just before ASAP Natin ‘To began, Frankie Pangilinan took to Twitter to announce her appearance on the Sunday musical variety show.

“Y’all might wanna watch ASAP this Sunday, idk (I don’t know),” she posted.

The 19 year old performed along with her younger sister Miel Pangilinan and her mother for the latter’s birthday tribute.

In another tweet, Frankie couldn’t help but gush over her encounter with actress Liza Soberano.

“Ms Liza said she loves my tweets and I want to crawl into a hole I’m so embarrassing here,” she tweeted yesterday, January 5.

Liza was quick to respond to Frankie’s fangirl tweet.

“Omg the ‘ms liza’ sends. I would love to have a longer conversation with you and Miel,” she responded.

Still reeling over their encounter, Frankie even shared their photos with Liza, Enrique Gil and Martin Nievera.

Frankie is not only known for her upcoming career as a singer-songwriter, she is also loved for witty and humorous posts on Twitter.

Just recently, she posted a video of her parents dancing during one of their holiday celebrations. She captioned the post: “Warning: do not open if u don’t like happiness.”

Her tweet collected over 3.2k retweets and 38.4k likes.

She followed up her tweet with another, calling for her own “romantic dance partner.”

“Also still accepting applicants for the role of romantic dance partner. Must be ok with my clumsy feet and perpetual singing under my breath. Must also slow down so we can fall in love when Ella Fitzgerald comes on,” she joked.