WATCH: Fil-Am singer H.E.R. shares how her ‘Tita’ would react to Grammy wins 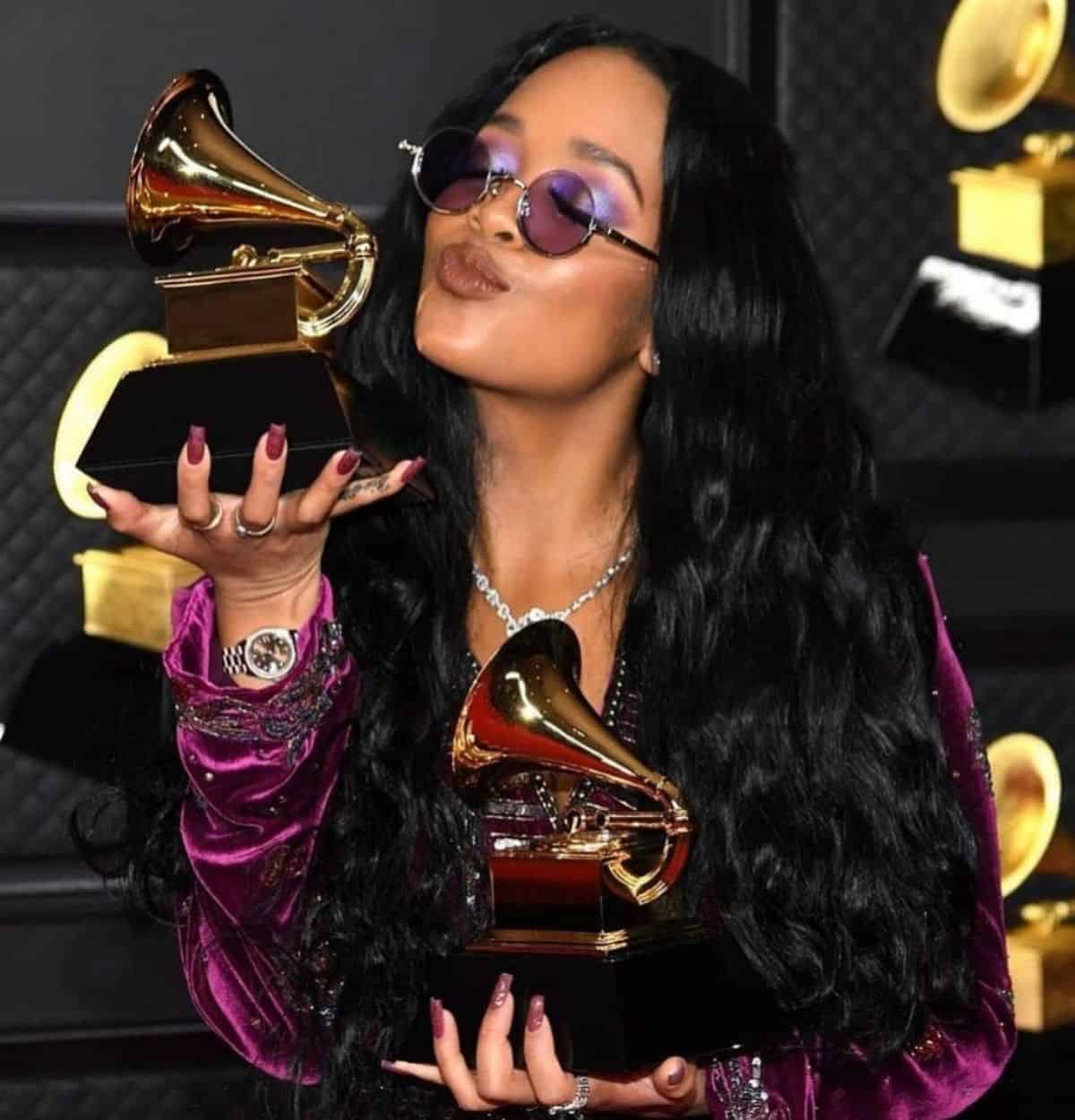 Filipino-American artist H.E.R. won big at the 63rd Grammy Awards, taking home two coveted recognitions — Best R&B Song for Better Than I Imagine and Song of The Year for I Can’t Breathe.

Of course, the 23-year-old didn’t forget to wave the Philippines’ flag after snagging the awards. H.E.R., whose real name is Gabriella Sarmiento Wilson, shared how her Tita Joanne would react to the wins.

On TikTok, she imitated her aunt’s Filipino-English accent.

This is how she said her Tita would react: “Oh my God! I am so proud of you! You have Grammys. Wow! Diamond? Is that Diamond? Even if you do not win, you are still a winner. You are a winner.”

Many of her fans were shocked to find out that she’s half-Filipino and even congratulated her the Filipino way, asking where’s her celebratory lumpia.

This wasn’t her first time to be recognized by the Recording Academy. Back in 2019 she snagged two awards for Best R&B Performance and Best R&B Album.

Just a night after winning big at the Grammys, H.E.R.’s song Fight for You which was used in the film Judas and the Black Messiah, was nominated for Best Original Song at the 2021 Academy Awards.

H.E.R. plays Beauty and the Beast’s Belle in Baybayin-adorned dress

‘You betrayed me’: Fans joke after BTS’ V and Olivia...