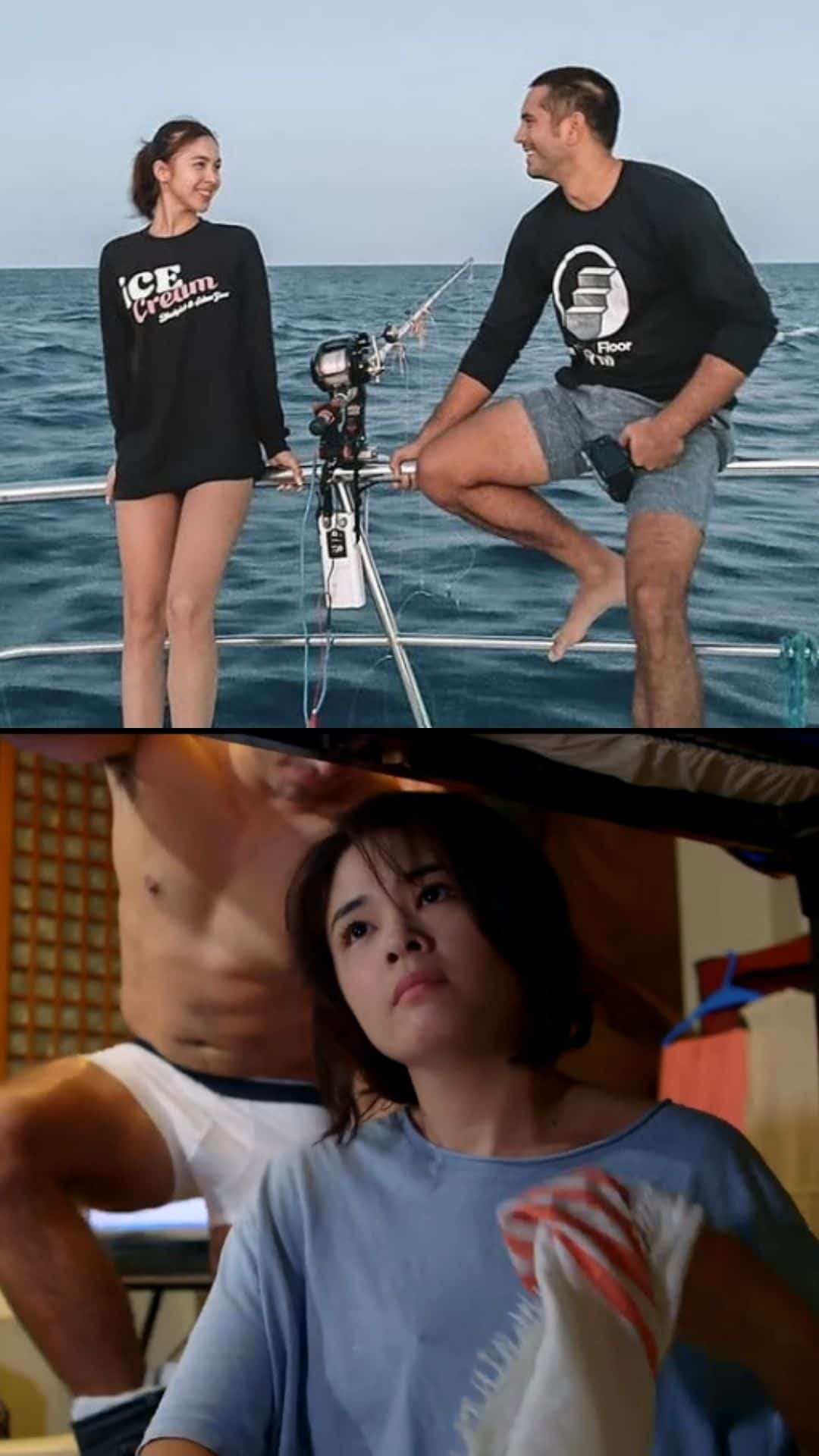 Gerald Anderson revealed that girlfriend Julia Barretto had a “hot” comment on his viral scene from his upcoming sexy drama Init Sa Magdamag.

The Kapamilya actor along with co-stars JM De Guzman, Albie Casiño and Nikko Natividad recently had a virtual interview with actress-host Alora Sasam.

The 32-year-old actor was asked about Julia’s reaction to the show’s trailer that showed him stripping down to his underwear in front of leading lady Yam Concepcion. The video has since earned over a million views online.

He said he did not expect that the scene would go viral since he’s always in his underwear at home.

Prior to being a couple, Gerald and Julia were co-stars in the 2019 film Between Maybes.

The two only made their relationship public last March.