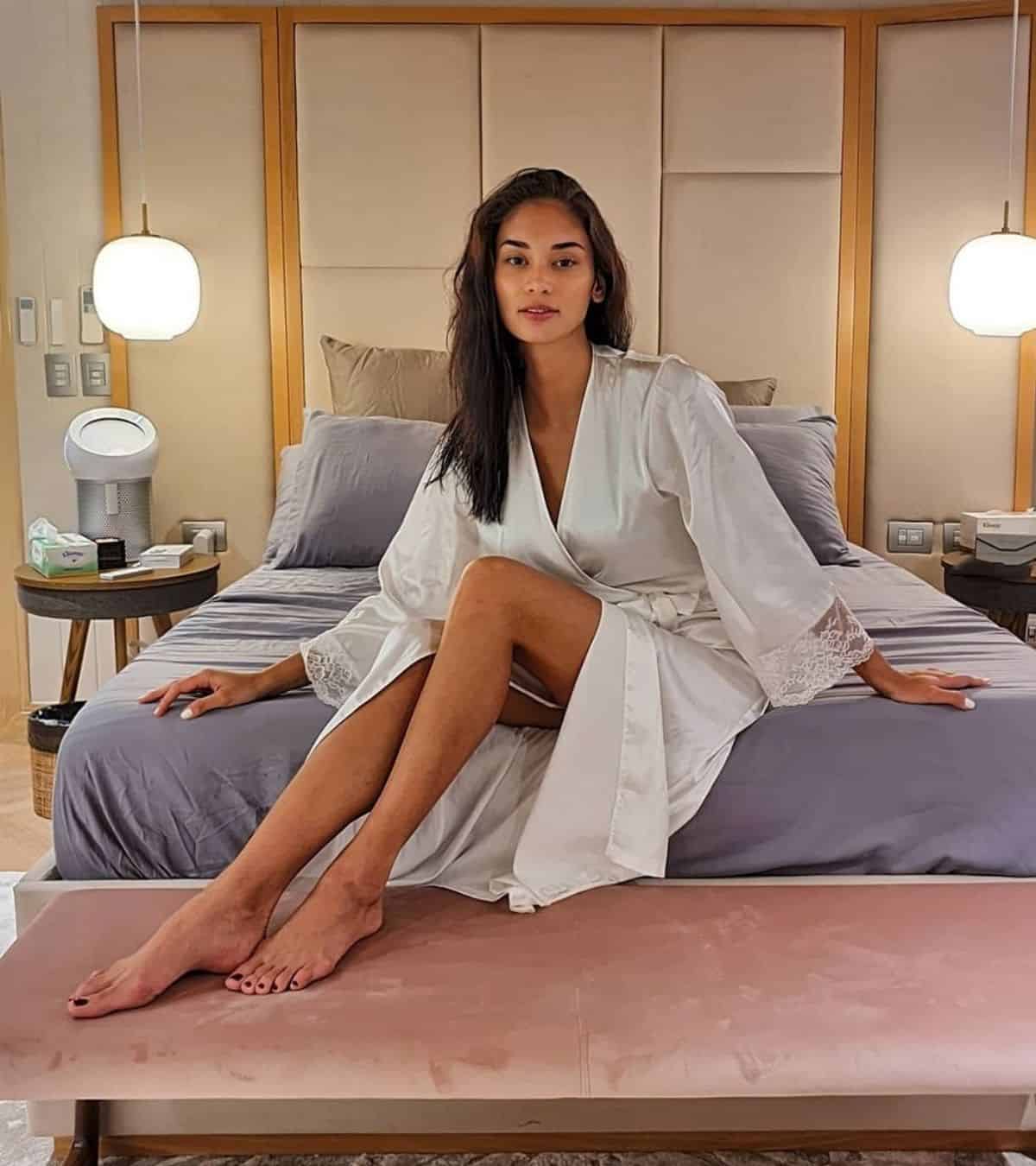 Pia Wurtzbach has been regarded by fans as a strong and independent woman, but she recently shared how she once lost herself in a relationship.

In a recent episode of her Spotify podcast Between Us Queens about crazy breakup stories, Pia admitted that she was a very different person before she joined the pageantry world, especially when it came to handling romantic relationships.

In her conversation with fellow beauty queens Carla Lizardo and Bianca Guidotti, the 31-year-old particularly recalled one relationship where she was “very submissive” to the point she always deferred to her boyfriend’s wishes. She wouldn’t speak out even when she saw something wrong already.

“Before this whole pageant thing, before Miss Universe, before Binibini, I was a very different person. Like sobrang, as in yung under ako. Kumbaga dun sa lalaki, kung ano sasabihin niya, yun ang masusunod. Hindi ako lalaban, kahit alam kong mali. Hindi ako… I didn’t really have a voice, I was that kind of girl,” she said.

Pia said she made that person her world, choosing him over work, family and friends.

“As in parang naging mundo ko siya, ganun. And I’m sure a lot of women will be able to relate to this, na magiging mundo natin yung tao na yun.”

She also looked back on all the sacrifices she made for that relationship.

“I gave up my career, I stopped doing the jobs that I was doing, which also meant I didn’t have an income so I had nothing. And I stopped hanging out with friends, especially with friends that he didn’t like. Alam mo yung ‘pag hindi siya approve sa mga girlfriends mo, sa mga barkada mo, parang di ka na rin sasama ganyan.”

“He kinda became like the boss of me, of everything. And then ‘pag meron siyang hindi gusto sa mga decisions ko, siempre siya masusunod. I just remember feeling so lost, like I didn’t have a voice anymore and walang identity.”

How she got out of that unhealthy relationship, Pia credited her younger sister Sarah.

“Alam mo naman very vocal ang kapatid ko sa kanyang mga opinions, so siempre naiinis talaga siya for me, ‘Bakit pumapayag ka?’ So ang nangyari, just one day, she was able to convince me that what I was getting myself into was totally wrong. It was one day, I woke up realizing I didn’t want this anymore.”

According to Pia, the experience might not be considered a crazy breakup story with dramatic fights and all, but it was still crazy in that the relationship was getting self-destructive and causing the “gradual decaying of the soul.”

“That’s what happened to me. I gave it everything, all my time, my efforts, my heart and napagod ako. One day, I just woke up and then I left.”

During their relationship, Pia was living with him. “I was staying with him. I did have my own place but that was also one of the things I gave up. So, I had to ask a friend if I could sleep over muna for a few weeks until I found my way kasi wala akong mapupuntuhan.”

She recalled leaving her boyfriend’s place with almost nothing but P100.

“I just remember packing whatever I could, getting into my friend’s car and only having P100 in my wallet. Like wala akong pera, wala akong trabaho, wala lahat. And I had to rebuild myself again from zero. After that, that was a big learning experience for me na hindi pwedeng yes girl tayo palagi.”

Pia, who’s now in a relationship with Scottish businessman Jeremy Jauncey, said that she was partly at fault for what happened to her. But it was a lesson learned that she got to apply later on.

“May mali din ako dun, for sure, because I let it happened, eh. I just think it wasn’t a match and I think I made mistakes where I kinda gave it too much. You apply that lesson for the next time na parang, okay, next time I’m gonna leave some for myself.”