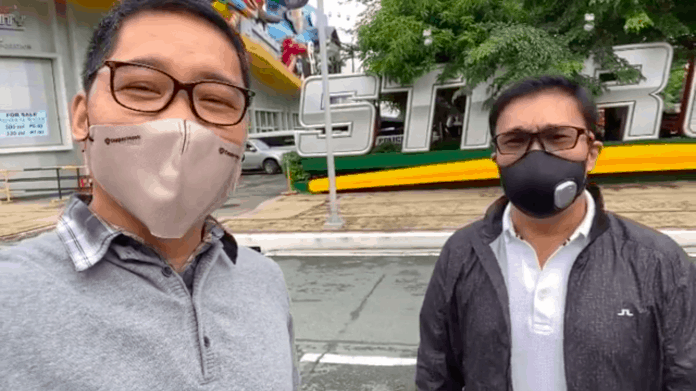 After recently bidding their DZMM listeners goodbye, Dos Por Dos anchors Anthony Taberna and Gerry Baja teased their transfer to their new “home” with photos of their visit to the Star City complex, location of the “country’s oldest radio station” DZRH.

Their move to Manila Broadcasting Company’s AM flagship network was first reported by The STAR‘s Ricky Lo last August 8. He wrote, “As The STAR has it, the next word is not just kuryente but a fact — yes, the same unimpeachable source claimed, ‘Ka Tunying and Gerry Baja are now with dzRH and they will start their program in September,’ though not sure if it will still be called Dos Por Dos.”

Baja had then reacted to the report saying that “nothing is final yet” and that “we’re still negotiating.”

Netizens were quick to interpret that Taberna was referring to their move from the ABS-CBN studios in Quezon City to DZRH headquarters located in Pasay City.

Last July 31, the radio anchors announced that the popular DZMM program was signing off after 17 years of being on air.

According to Taberna, it was not easy to part with ABS-CBN’s radio broadcasting arm. He hinted that the program was one of the casualties of the management’s move to downsize and cut losses following the Congress’ rejection of its franchise application.