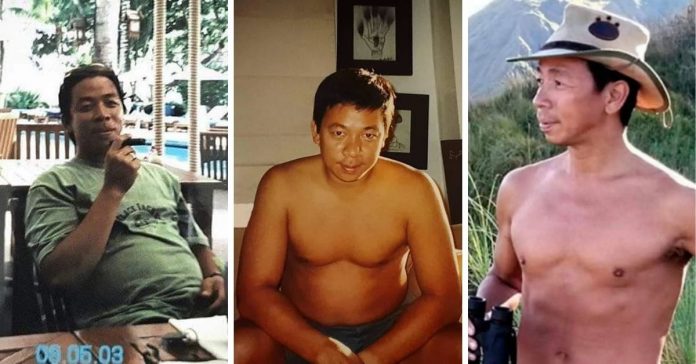 Kim Atienza wowed netizens when he shared how much he has changed in a span of 18 years.

On social media, the weather anchor also known as Kuya Kim took on the internet’s #HowMuchHaveYouChanged challenge with an impressive set of photos from 2003 up until the present.

The first photo on his set featured Kuya Kim from 18 years ago. As years passed, he shifted gears towards a healthier lifestyle that got him solid abs even at the age of 54.

Even the television host’s celebrity friends expressed how impressed they were of his massive change.

Meanwhile, singer-actress Geneva Cruz shared how proud she was of her good friend’s lifestyle change.

She commented: “I remember! So proud of you, friend!!! Age is nothing but a number!!!”

Kuya Kim switched to a healthier lifestyle back in 2010 when he suffered and survived a stroke. In a past social media post, he shared that his stroke turned out to be one of the best things that has happened to him.

“It made me become a better father and husband, an athlete, a marathoner and an Ironman. I found out the things that really matter. God, family and purpose,” he wrote.

Throwback Thursday: Kuya Kim looks back on his UP Diliman...