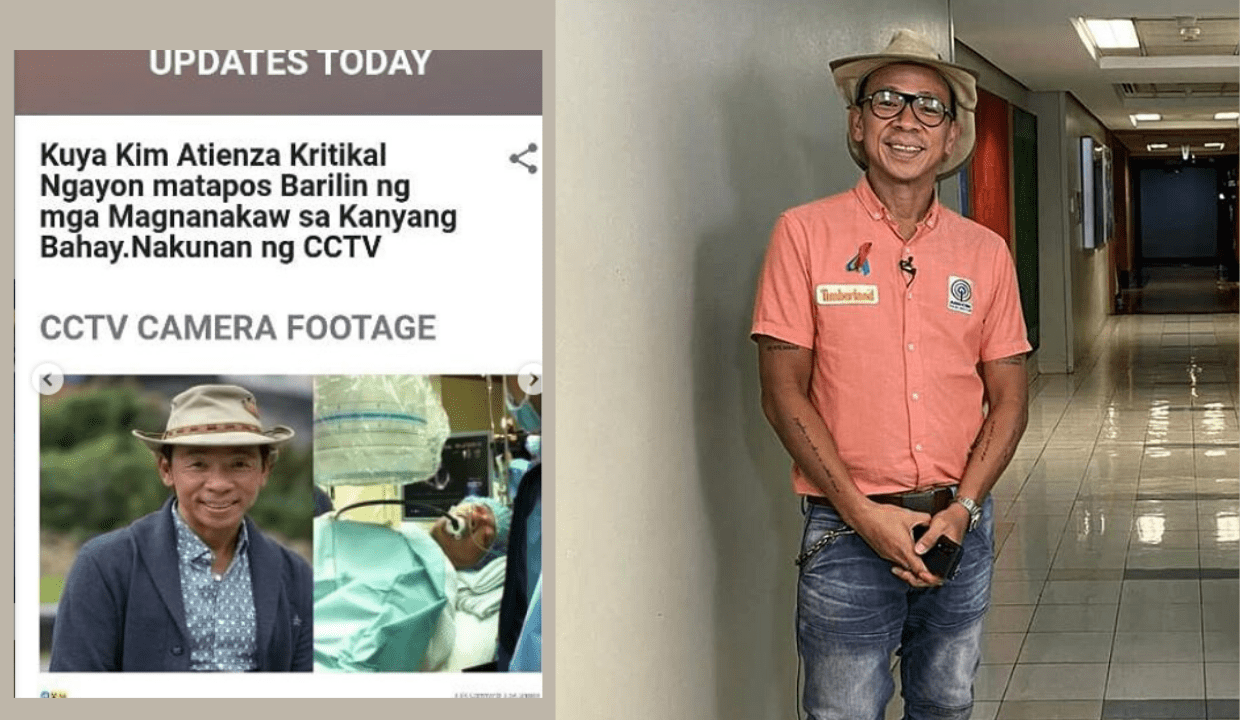 Kuya Kim took to Instagram to address the fake news, saying he is alive and still working on ABS-CBN’s flagship newscast TV Patrol.

“Thank you for all who called to check on me. I tried to pass this off and be quiet but my friends and family are worried. I have to address this fake news item now,” he said.

He attached in his post the screenshots of social media posts and articles spreading disinformation that he was in critical condition after a shooting incident.

“I am very much alive and still working. Kahit walang franchise, @tvpatrolabscbn2 is still on air,” he added.

His TV Patrol co-anchor, Gretchen Fullido, also denied the rumors with a video showing Kuya Kim getting ready for his segment.

“BUHAY PO SI KUYA KIM! Guys there’s FAKE NEWS circulating that @kuyakim_atienza was shot & is dying. That is NOT TRUE. DO NOT believe everything you hear or see on social media. IT’S NOT JOKE, guys. People are going through so much. Please show some respect & compassion. God bless.”

Kuya Kim recently made headlines after netizens applauded how he took on his bashers with trivia when he expressed support for his home network ABS-CBN.