Kuya Kim trends on Twitter after taking on bashers with trivia 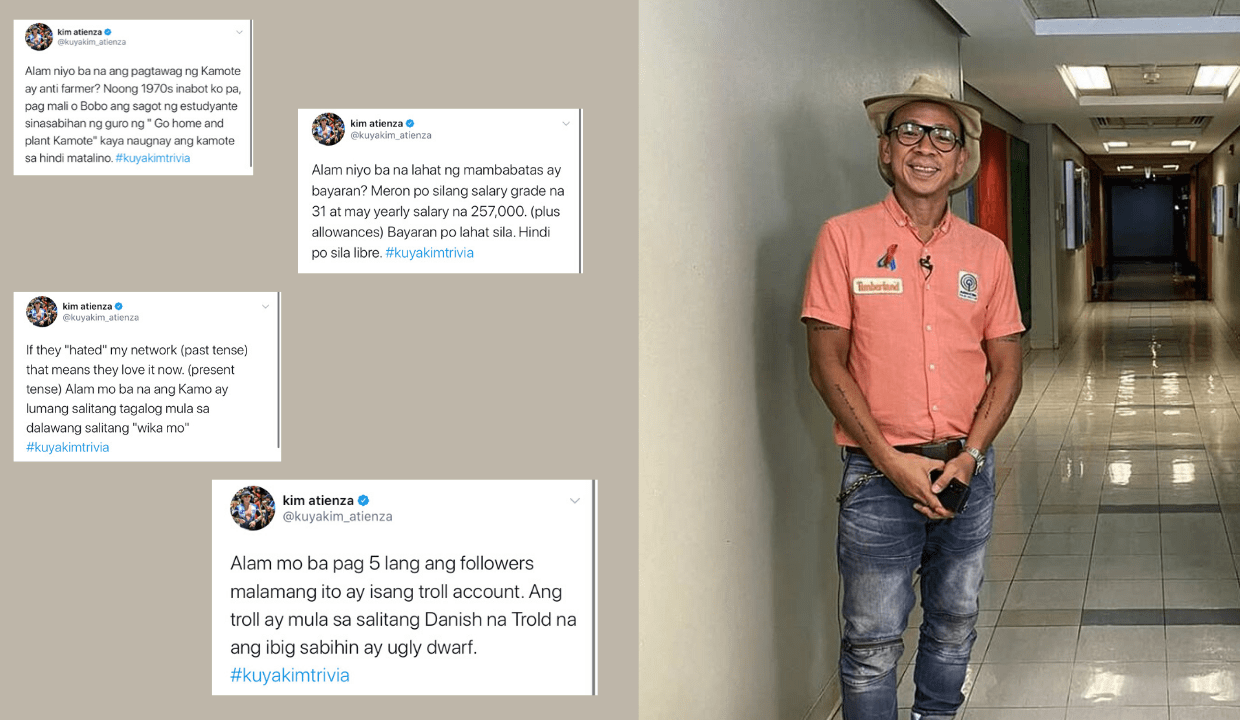 Television host and weather anchor Kim Atienza entertained netizens when he took on his bashers with trivia.

Kuya Kim is known for his fun facts on It’s Showtime, TV Patrol and his educational show Matanglawin.

Late Thursday, Kuya Kim expressed his support for his home network, ABS-CBN, as the company fights for its franchise to be renewed.

“Lord we are in despair. We pray that you soften their hearts. We pray for a miracle. Our company is on its knees,” he wrote.

A Twitter user responded to his post, saying if it was up to the Lord, their franchise would still be denied.

Kuya Kim, implying that the Twitter user was a fake account, hit back with a fun fact on trolls.

Another netizen responded, saying the people who “hated” their network and artists are real people, not trolls.

The King of Trivia was quick to give the netizen a thing or two on grammar.

Kuya Kim quipped that technically all lawmakers are “bayaran” because they are paid their salaries and allowances.

A Twitter user seemingly provoked by his witty comebacks called him “kamote.” Kuya Kim was there to explain what the term “kamote” meant in that context.

Kuya Kim entertained Twitters netizens enough that he trended on the ninth spot of the Philippines’ trending list.