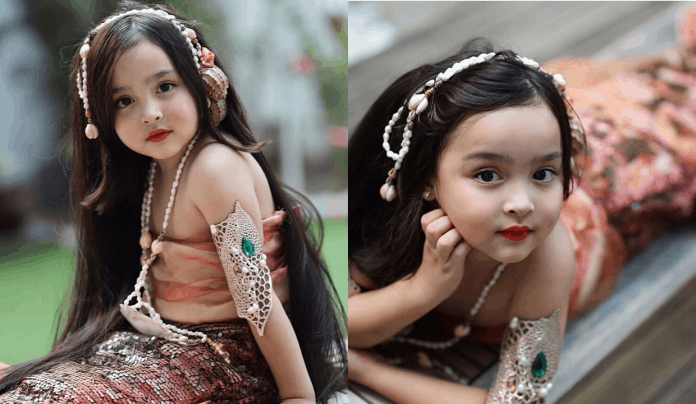 Zia once again captured the hearts of netizens as she became a mini Dyesebel in a photoshoot at home.

The four-year-old daughter of the Kapuso celebrities reimagined her mom’s previous titular character by putting on a mermaid tail costume with matching sea shell accessories.

Marian earlier posted adorable photos of her firstborn as the little version of Darna, the iconic superhero role the actress played more than a decade ago on GMA.