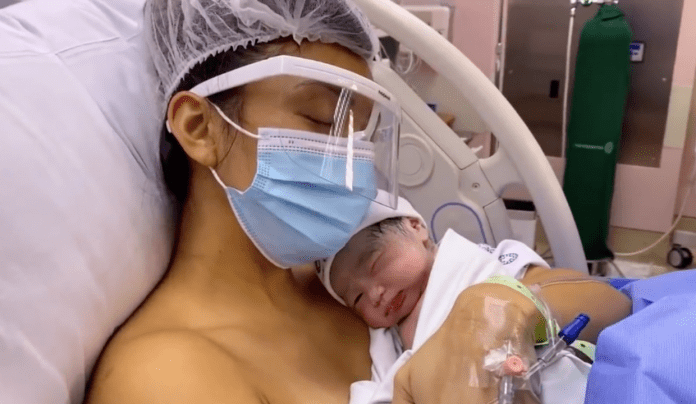 Mommy of three Iya Villania offered a glimpse into what it’s like to give birth in the time of the COVID-19 pandemic.

Despite the painful contractions, Iya was still bubbly while updating her vlog with how she was doing. After a few pushes, she was surprised when she found out her third baby is finally a girl.

“Oh my gosh. I can’t believe it. I was so sure. As in, wala akong hinandang pang babae at all,” she said.

Just hours after giving birth, Iya surprised her husband Drew Arellano with their only girl in the family.

“It’s so tough and it’s the most uncomfortable feeling and everytime I do it, it’s like I don’t ever wanna feel this again and then what do you know? Umabot pang tatlo,” she said describing how it felt to deliver her baby.

On July 18, Iya and Drew welcomed their newborn daughter.

While Iya thanked her doctors for making her feel safe during her delivery.

Iya Villania reveals she gave birth to her youngest child...