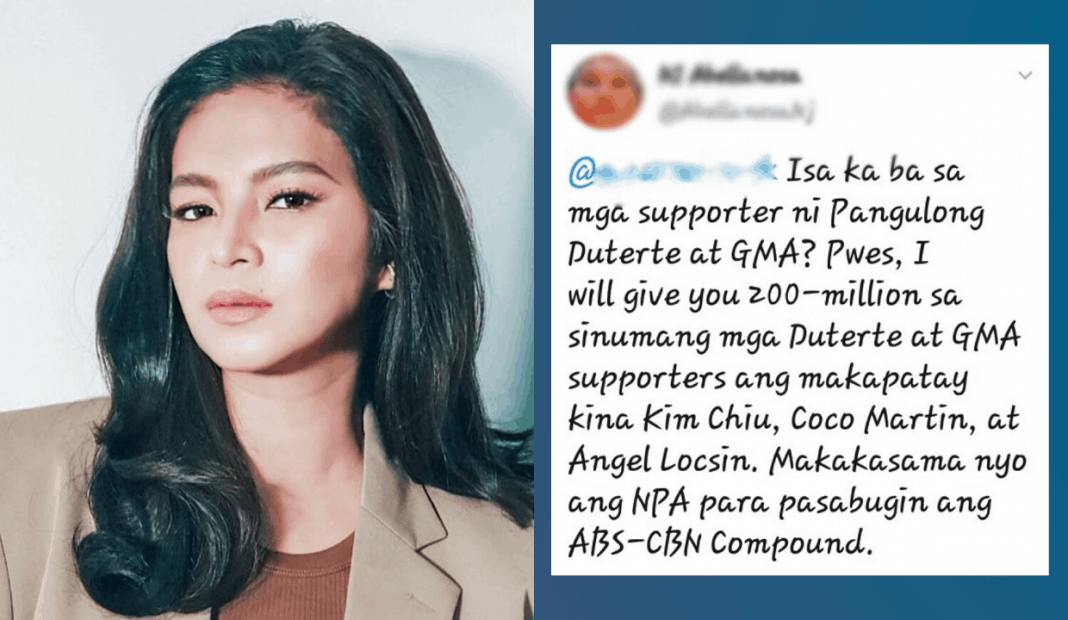 Angel Locsin called the attention of NBI after seeing a tweet of a netizen who offered a P200 million cash reward to any “GMA network and President Duterte supporters” who could kill the actress, Kim Chiu, Coco Martin and also threatened to blow up the whole ABS-CBN compound.

The Kapamilya star on Wednesday night shared a screenshot of the tweet containing the threat with the caption: “Hello, NBI beke nemen po…😅.”

The social media user with the handle @AbellanosaNj, also offered a P300 million bounty to anyone who could kill ABS-CBN CEO Carlo Katigbak and Kathryn Bernardo.

He tweeted about the death threat posts six times on May 19. His Twitter likes, on the other hand, showed that he liked some posts that expressed support for ABS-CBN amid the shutdown of its broadcast operations.

Meanwhile, Angel also shared a quote card that accused her of being an NPA supporter.

In the comments section, Angel’s fiance commented, “NPA ka pala,” to which Angel just laughed off.

Recently, the authorities have been tracking down and arresting social media users who made similar social media posts against President Duterte.