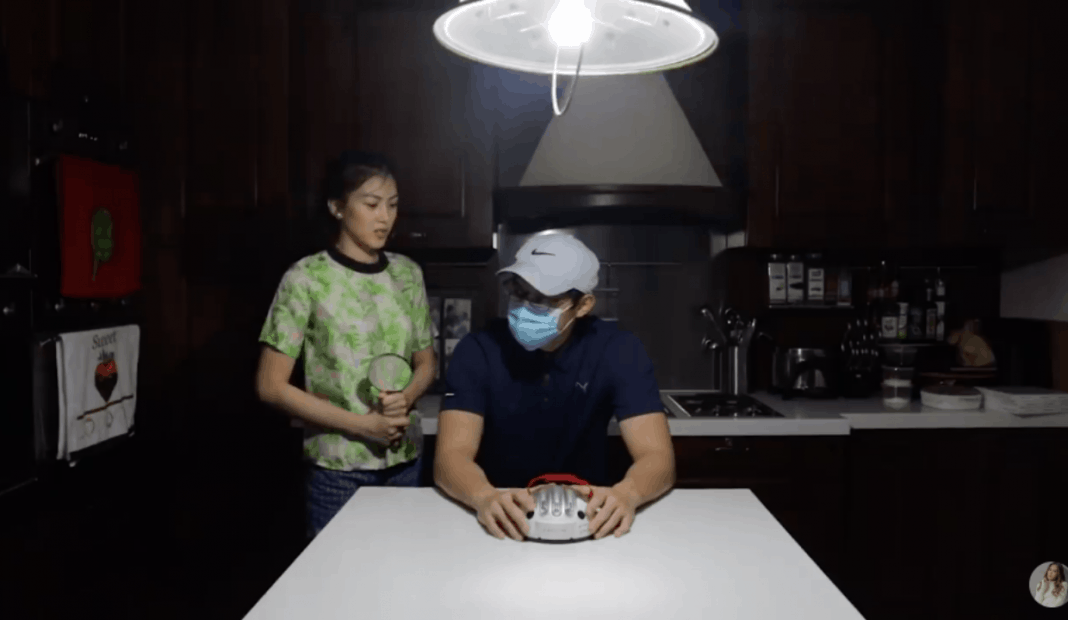 In her most recent vlog, Alex Gonzaga put her fiancé Mikee Morada’s love to the test as they hopped on the lie detector challenge.

The comedienne-actress was joined by her relatives in asking her husband-to-be the funniest and most vital questions before their much-awaited marriage.

Using a lie detector shock toy, Mikee was still able to pass the test with 7 “lies”.

With a laugh, Mikee proudly declared that his decision to propose was all his.

Mikee is a city councilor in Lipa, Batangas so it was only fitting that Alex asked if he would choose her or his work.

Alex explained that it’s only right for him to answer put his wife first because the basic unit of society is family.

Alex announced that she’s officially engaged to her politician boyfriend last January when she celebrated her 32nd birthday.

In a past vlog, she revealed that Mikee proposed last December during their holiday vacation with her parents and uncle.