‘That was a mistake’: Erik Matti apologizes for comments on food docu 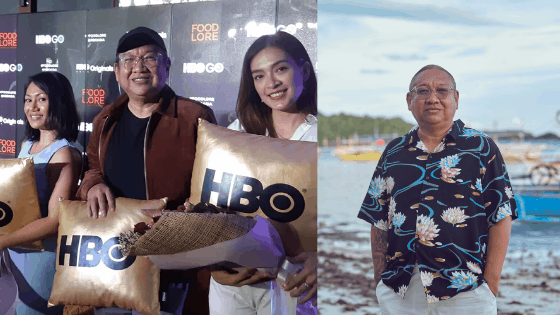 “Bad research. There are hundreds of original Filipino street food and they chose to show an esoteric eel dish and a goddamn chinese fried vegetable lumpia! Whada₱@ck!” he added.

Netizens disagreed with him, pointing out that the episode was meant to focus on Cebu. Erik defended himself with a series of tweets online.

“Di ko pinaglalaban na Manila food ang ishowcase. Ilonggo ako. Kahit saan galing ok lang yan. Cebu lechon is one of the best in the country. But I don’t think it would hurt to choose a generally regarded Filipino street food to best represent our country to the rest of the world,” he said in a tweet.

Erik, however, has since regretted his comments on the docu series. The filmmaker expressed his apologies during the presscon for Island of Dreams, the episode he directed for HBO Asia’s eight-episode drama series Food Lore.

“That was a mistake. I always make those mistakes on social media,” he said on Wednesday.

“It was clueless, thoughtless of me to be posting about another food show and I never realized until I remembered ‘Oh my god! I’m also doing a food story and it was arrogant and rude of me to be commenting on another series,” he explained.

For his new project with HBO Asia, Erik said he wanted to present an inclusive narrative of Filipino life through the food.

‘How come we’re not growing an audience?’: Here are Erik...