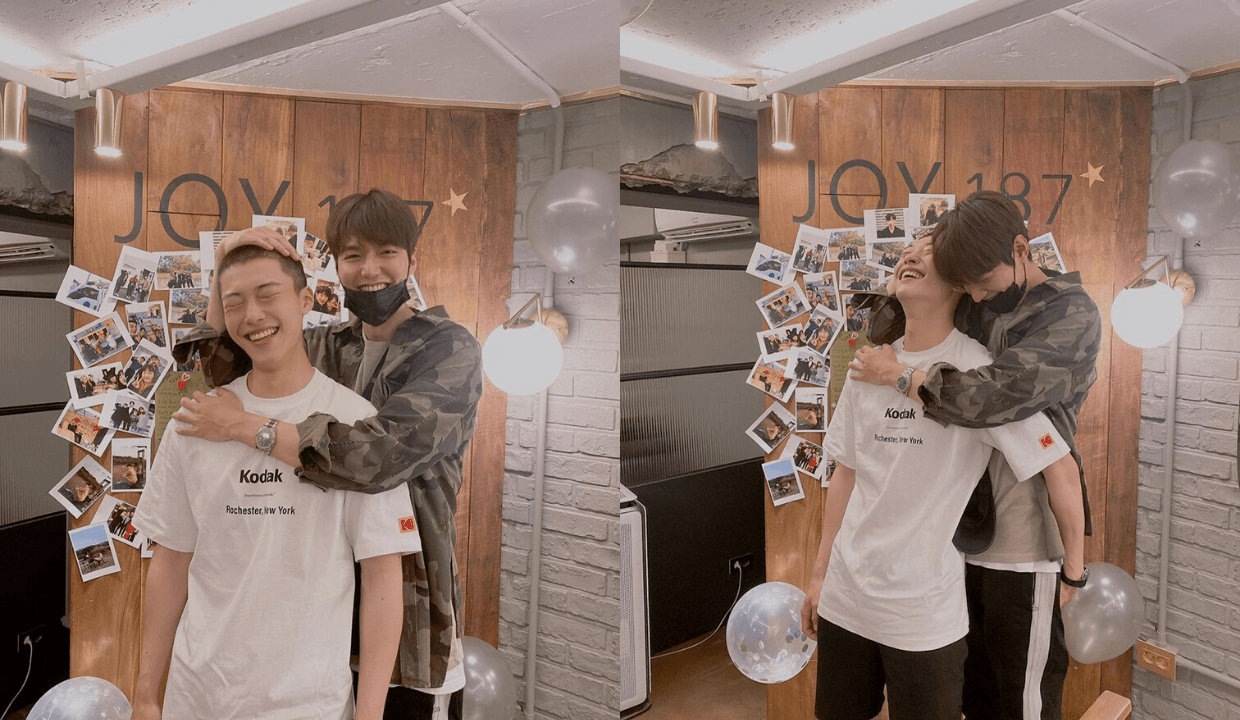 The King: Eternal Monarch buddies Lee Min Ho and Woo Do Hwan shared cute photos of them together before the latter goes on to fulfill South Korea’s mandatory military service.

In their photos together, Woo Do Hwan is seen with his head already shaved off for his compulsory military service.

On June 24, he posted a handwritten letter on Instagram to announce his enlistment.

In Korean pop culture website Soompi’s translation of his letter, he said that he wanted to write his fans a handwritten note because he wanted to personally announce the big news.

“You may be surprised by the sudden news, but I am writing this letter because I wanted to personally announce this to my fans first. I am enlisting as an active duty soldier on July 6. I feel apologetic for not being able to directly meet you and say goodbye,” he said.

He also thanked his fans for watching over him during his 20s. “Thanks to that, I was able to spend my 20s very happily,” he wrote.

“I hope that you will be healthy and happy during these difficult times. I will return in good and health and work to impress once again. I love you so much and feel so thankful that I cannot express it fully in words,” he ended.

According to Soompi.com, his agency, Keyeast stated that the location and time of Woo Do Hwan’s enlistment today will not be revealed for safety and health reasons.

Their mandatory military service in South Korea usually lasts for two years. Woo Do Hwan’s co-star Lee Min Ho started his military service back in 2017 as a public service worker. He was discharged in 2019.

The King: Eternal Monarch was the Min Ho’s comeback drama where he played the title role of emperor in the parallel universe of present-day Korea, while Do Hwan was cast as his close friend and close-in bodyguard.

TKEM actor Woo Do Hwan offered to be lead star...