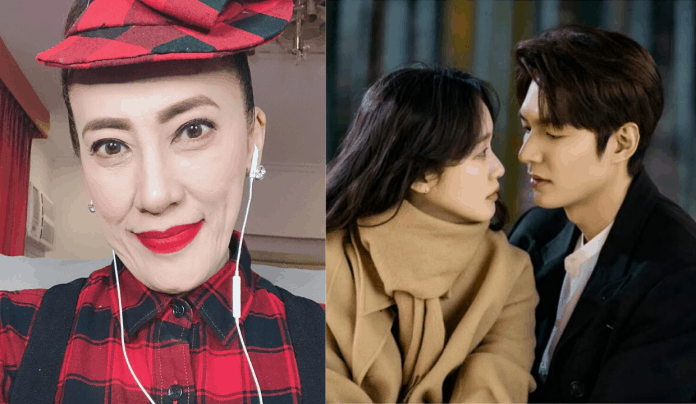 In her Instagram post, the 55-year-old actress said she was disappointed and confused over the plot’s flow.

The Kapuso star added that the creators of the show should have focused more on the story rather than the money it would make with the product placements.

Upon finding out that its scriptwriter was Kim Eun-sook, the woman behind hit dramas The Heirs and Descendants of the Sun, she only had one word in mind — “ANYARE?”

Itaewon Class is another popular K-drama on streaming platform, Netflix.

To end her controversial post, she addressed The King’s Lee Min Ho.

In another post, Ai-Ai uploaded a photo of a netizen agreeing with her. The post said the show looked more like an advertisement and not a K-drama.

On Twitter, K-drama fans were irked by Ai-Ai’s sentiments. “Aiai” even landed the second spot on Twitter’s top trending list for the Philippines.

A netizen said she should have given criticism with substance.

Another asked that she respect other people’s work of art the way they respect some of her “cringe-worthy” movies.

Based on Netflix’s Daily Top 10 list, the fantasy drama is the most-watched content among Filipino subscribers of the streaming service as of Monday.

In South Korea, however, The King: Eternal Monarch has struggled in the ratings game, “sinking to an all-time low” after its May 22 episode, the Korean entertainment site Soompi reported, citing figures from Nielsen Korea. The 16-episode series, however, managed to record an increase in viewership on May 23 after airing its 12th episode.