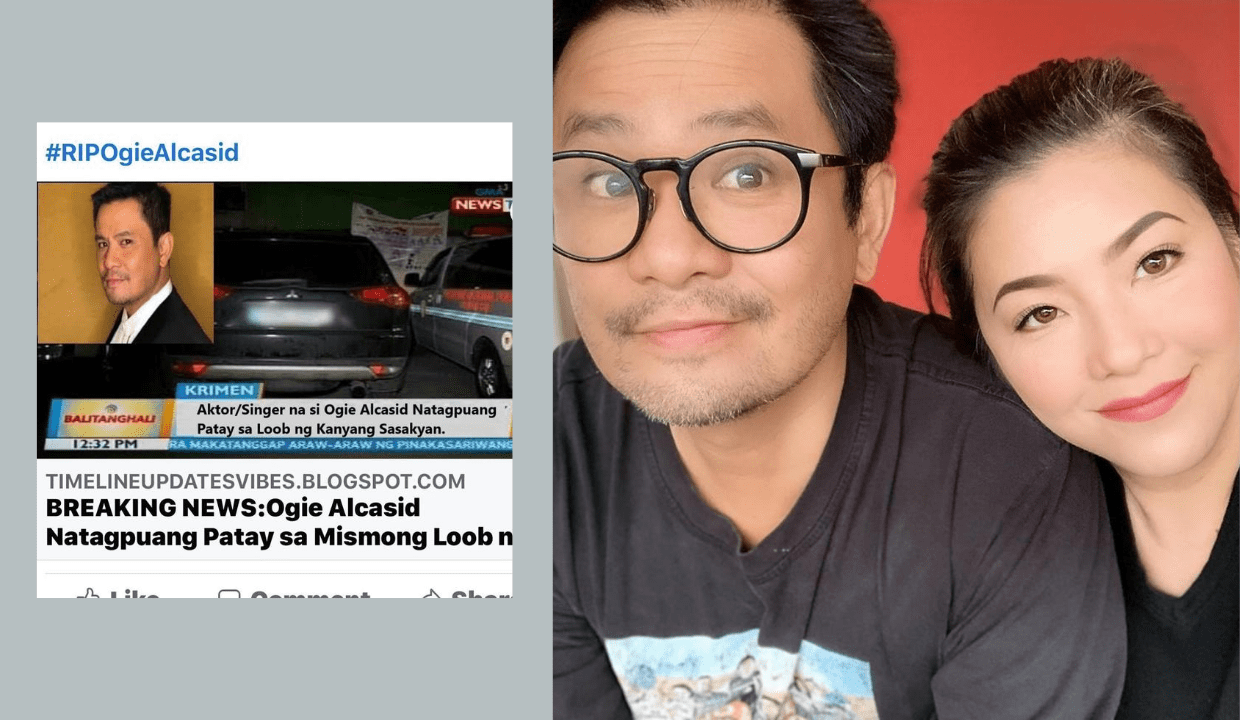 On Instagram, the singer reposted a screenshot of a supposed news article claiming that her husband was found dead inside his car.

She pleaded to those who generate fake news such as death hoaxes to stop since they have family who might read the article.

“Kaya pakiusap po wag naman. To our families and friends, this is a fake news. Ogie is home safe and healthy,” she clarified.

On his Instagram, Ogie asked his followers not to believe the article.

“Pls. do not believe this. It is #fakenews, I did not want to show the name of the person who posted it, but I just want to inform everyone that I am ok. Magmahalan naman po tayo,” he wrote.

Ogie is not the only one who fell victim to recent death hoaxes. TV host and weather anchor Kim Atienza recently debunked rumors of his supposed death.

Kuya Kim said he had to address the fake news item since his friends and family were worried.

Ogie’s close friend, the comedian Michael V, recently called out a netizen for allegedly spreading fake news about his “death.” The rumor surfaced just hours after he announced on his YouTube channel that he tested positive for COVID-19.