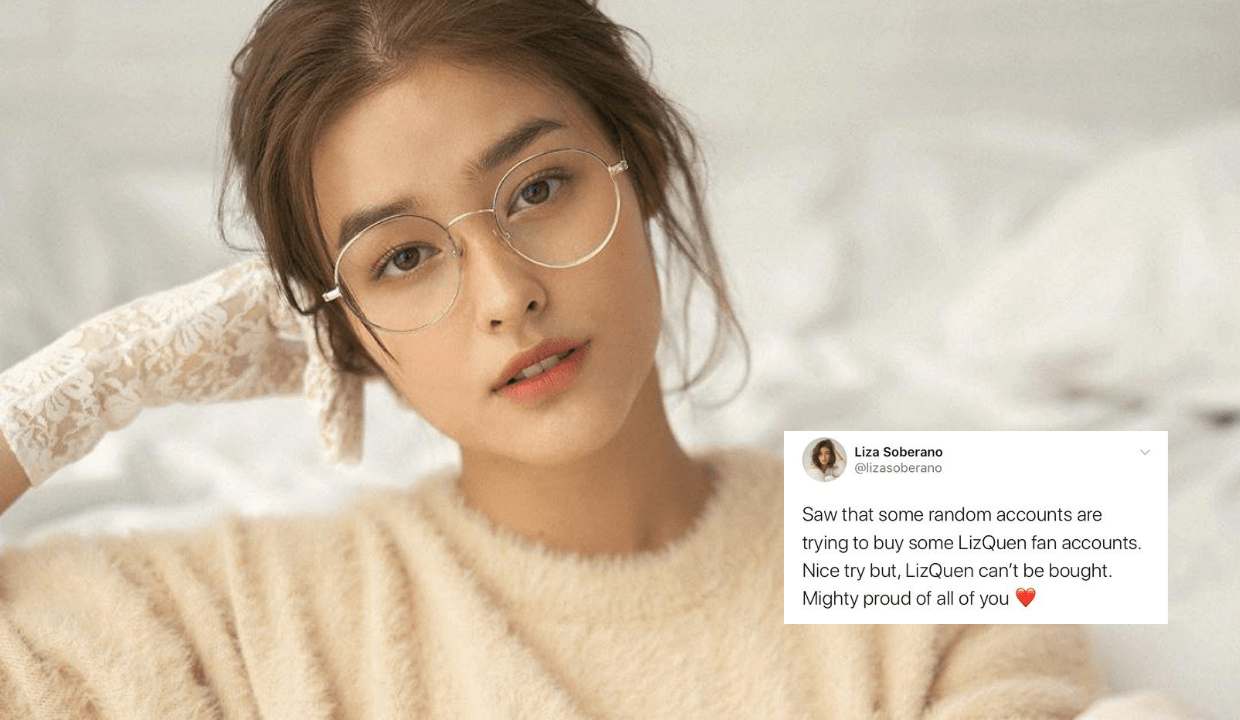 On Wednesday, Kapamilya actress Liza Soberano affirmed her appreciation for followers of her loveteam with Enrique Gil after “random” social media users tried to buy their fan accounts.

“Saw that some random accounts are trying to buy some LizQuen fan accounts. Nice try but, LizQuen can’t be bought. Mighty proud of all of you,” she wrote Twitter.

Moments after her tweet was posted, LizQuen fans rallied behind her, guaranteeing that their support cannot be bought.

“We LizQuen Fans (are) not for sale,” a Twitter user said.

“You can trust us hopie, WE ARE NOT FOR SALE.”

Liza’s revelation came on the heels of reported attempts to purchase fan accounts dedicated to Bea Alonzo and Angel Locsin for their follower counts.

Meanwhile, the actress recently launched her own YouTube channel, Life with Liza.

Her first video uploaded on July 18 was a 13-minute long Q&A.

LOOK: Liza Soberano is launching her own YouTube channel!