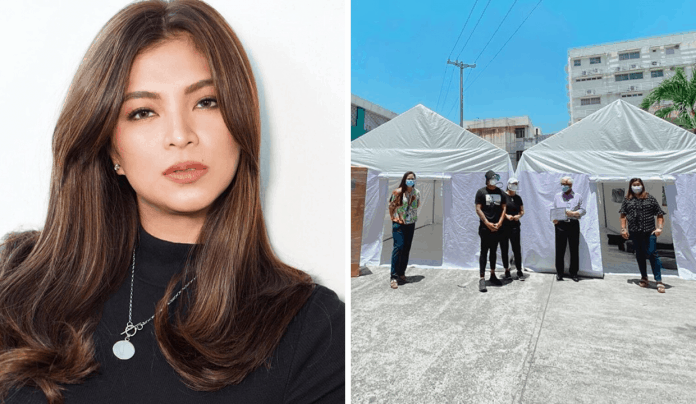 Angel Locsin has made it loud and clear that she has no plans of entering politics.

During the live Facebook launch of Regal Movies At Home on Friday with former onscreen partner Richard Gutierrez, the actress-philanthropist belied rumors that she will be running for public office amid her charity works and relief efforts during the COVID-19 pandemic. (READ: Angel Locsin sets up air-conditioned sleeping tents for frontliners)

In between updates on what the two stars have been up to, Angel was asked if she is planning on becoming a public servant.

The Department of Health earlier lauded Angel for her efforts to provide isolation and sanitation tents to several hospitals in the metro and nearby provinces with her fundraiser #UniTentWeStandPH. (READ: Angel Locsin to donate more isolation tents to 38 more hospitals)

Last year, Angel was hailed as one of Forbes Asia’s latest Heroes of Philanthropy which honors “outstanding altruists across Asia who are passionate and committed to solving some of the pressing issues in the region”.