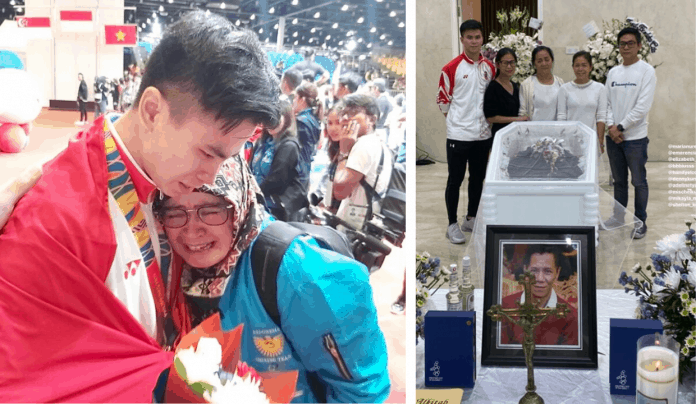 Indonesian athlete Edgar Xavier Marvelo was met with a bittersweet victory after finding out his father died while he was competing in the event.

Edgar won 2 gold medals for men’s Gunshu and Daoshu events of Wushu. His team were in tears after the competition. Sadly, it wasn’t tears of joy, as they had to inform the athlete of his father’s death right after the momentous feat.

“People in his team were in tears after his victory and those were not just tears of joy. Edgar’s father died while we has competing in the event and he was only informed about it after winning the gold, bringing him to tears,” wrote the 2019 SEA Games page.

“He dedicates his gold medal to his country and to his father,” they added.

His celebration was cut short as he immediately left the Philippines to attend his father’s wake.

LOOK: Filipina beauty queens who dazzled us in the SEA...

‘Francis M must be proud’: Elmo Magalona raps at SEA...