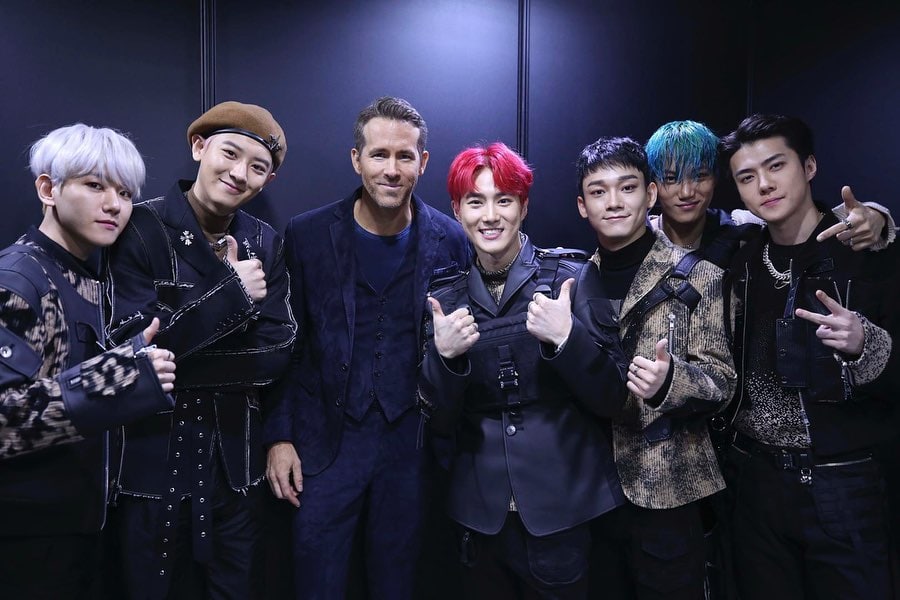 Guess who’s becoming “one” with EXO?

It’s none other than Ryan Reynolds.

The Canadian actor recently went to South Korea for the world premiere of his upcoming Netflix film 6 Underground, and met the popular boy band who was invited to the event.

The group got the chance to perform its newly-released song Obsession in public for the first time.

Following their meet up, Ryan Reynolds jokingly announced on his social media accounts that he is the newest addition to the group.

“I’m in the band. No, for serious. The security guard who tasered me was part of a carefully choreographed sequence me and the guys have been working on from our basement studio in my imagination,” Reynolds said on his Instagram account.

Still spitting humor, the 43-year-old actor even tweeted the same group photo but with a photoshopped purple-haired version of him.

“Thrilled to be EXO’s newest member. I might not be able to dance or sing, but one thing’s for damn sure: I have no idea how to give the ‘thumbs up’ sign. Honestly, I never learned it,” he tweeted.

Suho, the groups’s leader left a comment to Reynolds post, saying: “It was nice to meet you. I hope you have a good time in Korea. I’m looking forward to the movie?”.

Other EXO members also shared their up-close encounter with the 6 Underground cast on their Instagram accounts.

All the while, it was an extra special moment for Chanyeol as he is an ultimate fan of the Deadpool actor.

Who knows we might be actually seeing them in a new MV in the future?