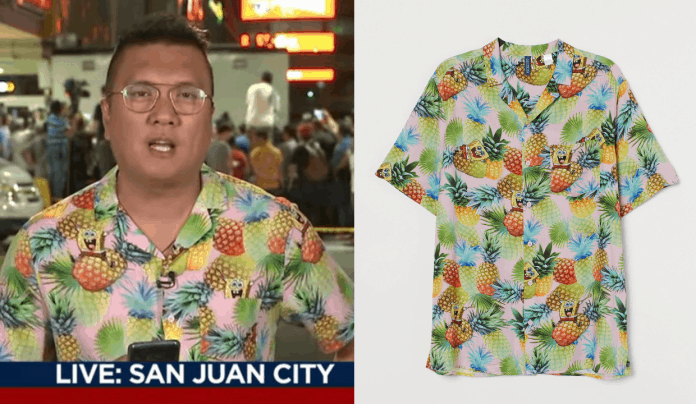 “When you’re having a day trip at the beach but a hostage-taking has taken place.”

Did you notice it, too?

Some netizens got distracted with the shirt of a TV reporter delivering the news about the hostage-taking incident in a Greenhills mall on Monday.

TV Patrol reporter Jeck Batallones caught the attention of the online community with his Spongebob and pineapples-designed polo shirt.

Twitter user @marocharim tweeted a screenshot of Batallones’ “cool-ass Spongebob Squarepants shirt” Monday night and has since garnered more than 7,000 likes as of writing.

The full TV Patrol report uploaded on YouTube was also flooded with comments about the beach-vibe shirt.

Some netizens took it as a way to break the tension caused by the hostage crisis.

Others took it as a “sign” that summer is coming.

Others simply want to have the same shirt.

The shirt happens to be newly released by global clothing brand H&M.