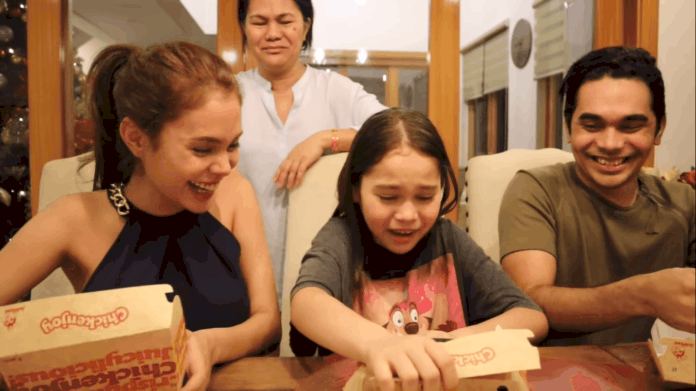 Never did child actress Mona expect that she would receive her “dream phone” from her ate.

Ivana shared that it was her sister who introduced her to vlogging and has always been her No. 1 supporter. As a way of giving back, she surprised her with the newly released iPhone11 Pro Max.

Prices for the latest iPhone reportedly start at P73,990.

In the video posted three days ago, Ivana pulled a prank on her sister by “bullying” her throughout the day.

Their mother and older brother also joined in the fun prank, making Mona cry over their odd behavior.

As part of the prank, they were supposed to do the speed-eating challenge.

Mona, however, was surprised to see that inside the box was not food at all, but the latest iPhone model.

“Seryoso, ano to?” she repeatedly asked, seemingly stunned by the moment.

Mona was then moved to tears upon Ivana’s revelation of her sweet surprise.

Awfully grateful for the gift, the young actress gave her sister a sweet hug and said thank you on repeat.

The video garnered 2 million views in three days. Watch it below:

‘I think it’s time’: Ivana Alawi is single and ready...