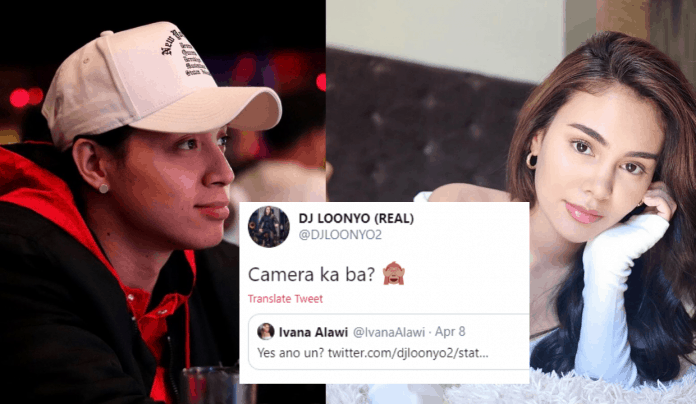 Ivana Alawi and DJ Loonyo are not yet done serving kilig to their fans.

Following Ivana’s viral boyfriend prank on her mother with the help of DJ Loonyo, the two internet stars brought another #Loovana episode online.

ICYDK, Loovana is the latest “loveteam” in town, with fans shipping the Kapamilya actress with the viral dancer-choreographer.

DJ Loonyo first tweeted at Ivana to say “hi” and ask a question.

“Haha di ‘PA’ naman. Pero everytime I look at your pictures, I can’t help but…… smile,” DJ Loonyo tweeted back.

In jest, the actress-vlogger told him to behave, and warned him of her mother.

Fans were happy with Loovana interaction, with some hoping that it would become for real.

In a Magandang Buhay interview, DJ Loonyo revealed that he is currently single.

Ivana, on the other hand, has not been in a relationship “for a long time” but is now ready to find her special someone.

Lauren Young has strong reaction to possibility of dating DJ...