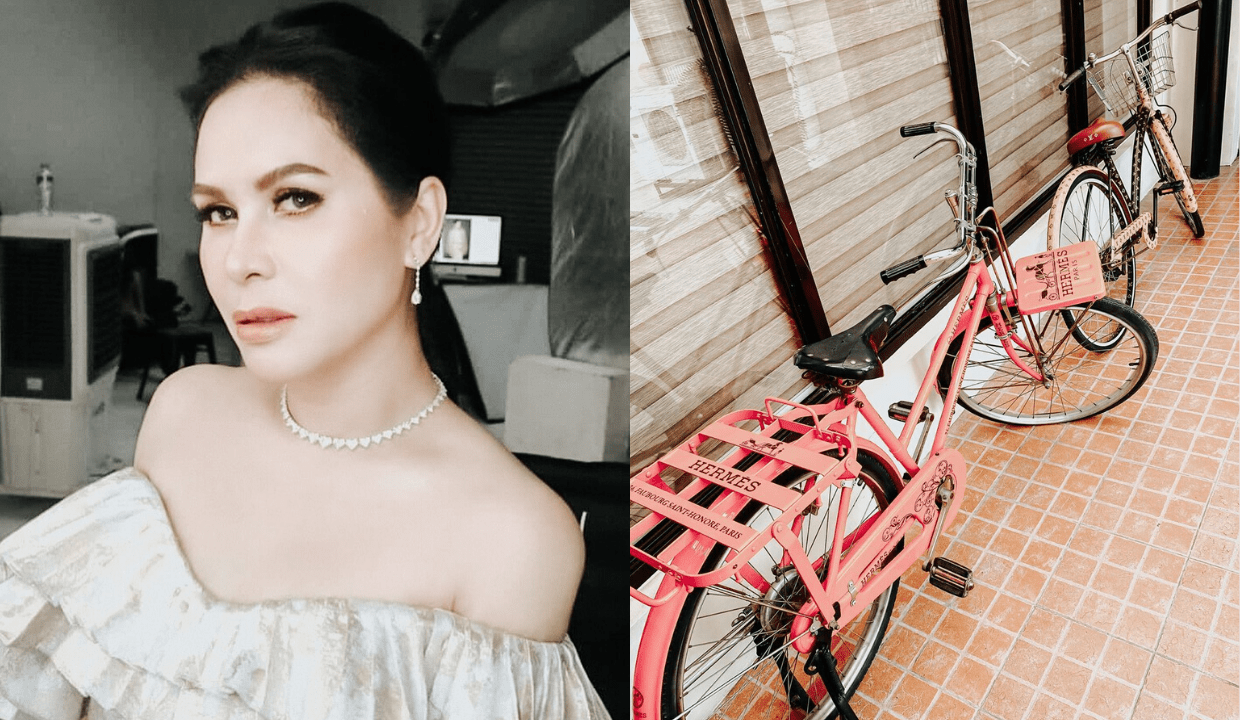 Days after Senator Manny Pacquiao’s wife, Jinkee, shared photos of her luxury bicycles online, netizens exchanged views on how the social media post could be seen as “insensitive” especially during a pandemic.

Actress Agot Isidro sparked the conversation when she asked the former politician for sensitivity when many Filipinos are breaking their backs to feed their families.

Some Twitter users agreed with the actress’ sentiments, saying that it is not right time to flaunt her Hermés and Louis Vuitton bicycles.

In a tweet by Latestchika.com, netizens said it is “tasteless” to flaunt her luxury goods during a pandemic.

Another netizen said that Jinkee, as the wife of a senator, should not be “flexing their wealth at this time of pandemic.”

While others disagreed and argued that Jinkee was simply posting on social media.