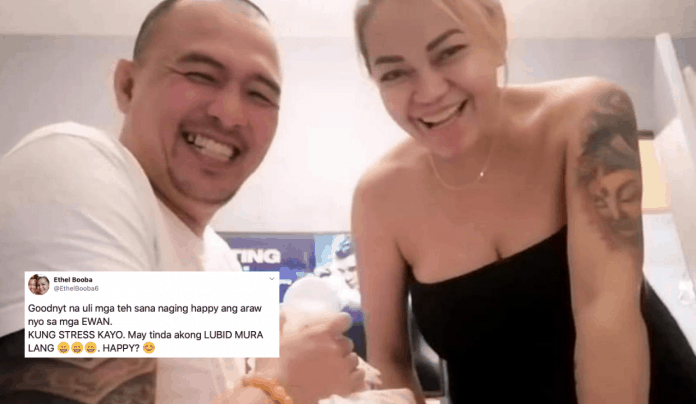 Ethel Booba caught the attention of netizens on Twitter once again after one of her tweets allegedly made light of suicide.

On August 13, the comedienne told her thousands of followers on the platform that if they are stressed, she is selling a rope for a cheap price.

Netizens took the “lubid” statement to mean that the comedienne was referring to suicide.

Prior to the controversial tweet, she engaged in an online tussle with some Twitter users over her politically-related posts.

Mental health services provider, In Touch, replied to her post, reminding Ethel that suicide is not a joke.