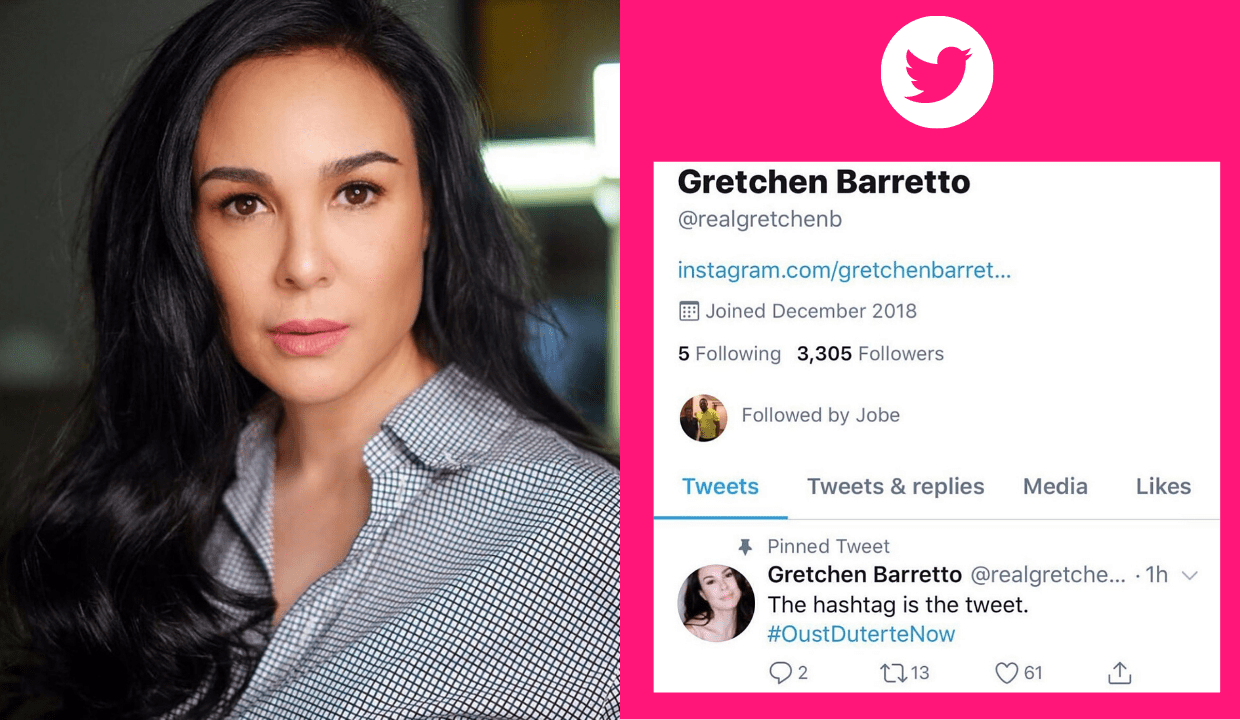 Gretchen Barretto repeatedly denied having a Twitter account that mainly criticizes the Duterte administration, reiterating that she is “pro-Duterte”.

The fake account earlier tweeted a statement about the “Brave 11”, referring to the congressmen who voted in favor of ABS-CBN’s franchise renewal.

Gretchen later on refuted the statement saying: “THIS IS A FAKE TWITTER ACCOUNT!!! I Have Not made a single statement regarding congress & abs cbn ???.”

The poser has not stopped operating even after Gretchen’s remarks, prompting the socialite and former actress to call it out again in an Instagram post on July 12.

“The POSER OF A TWITTER ACCOUNT CLAIMING TO BE ME IS NOW CLAIMING TO BE ( way Better ) Dreams are free. If it helps you ESCAPE YOUR REALITY, Go ?#proDuterte?.”

As of writing, the account has changed its name to “Not The Real Greta, Way Better”, and still carries on tweeting anti-Duterte posts.

Gretchen has been consistent in adding fist bump emojis — a trademark of President Duterte — all throughout her posts disclaiming the bogus account.