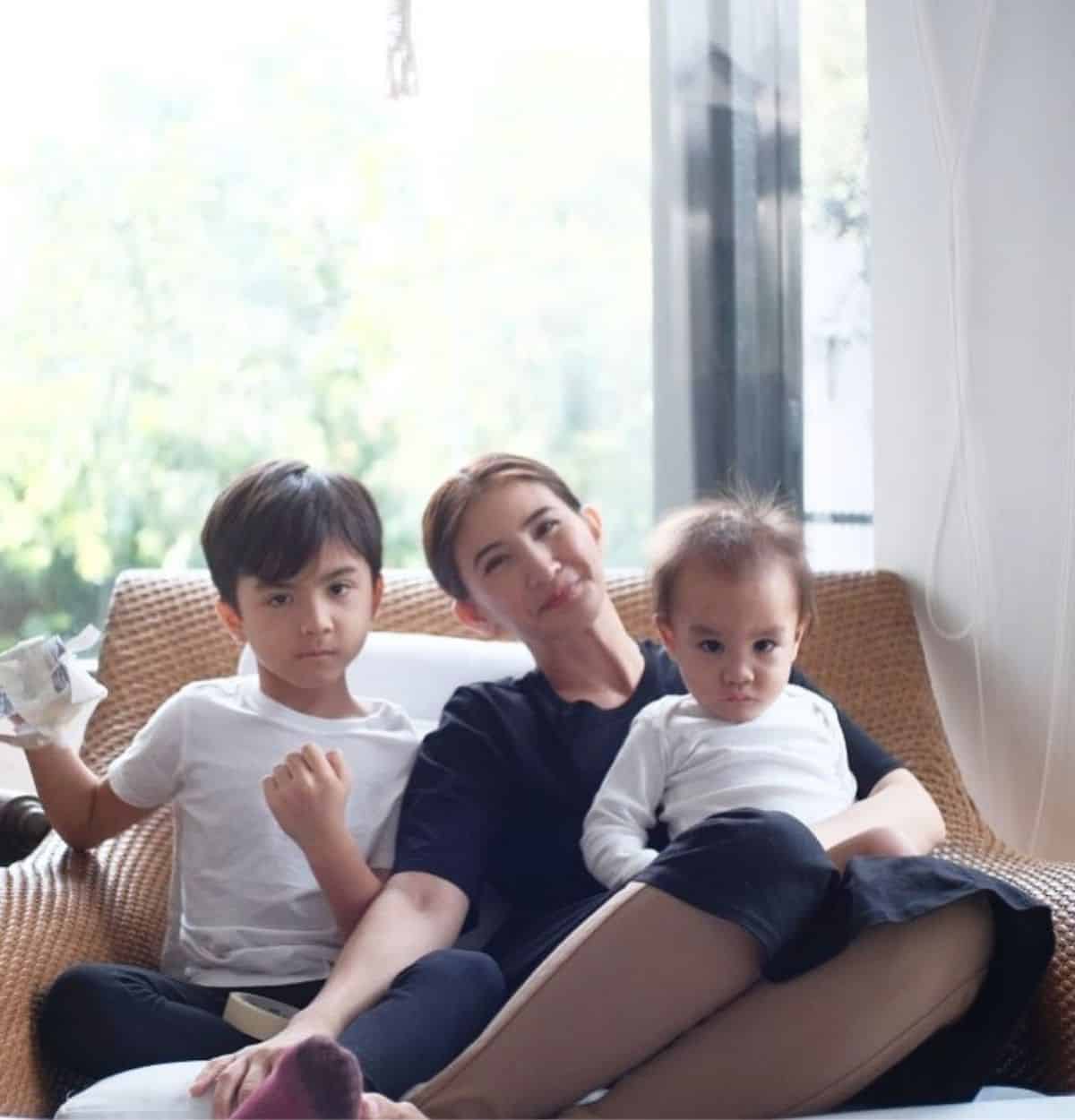 Rica Peralejo shared some advice to fellow parents after her eldest son opened up on missing the days when it was just the two of them, without his baby brother.

As a mother of two, who’s still learning how to navigate motherhood, the former actress shared how she processed her son Philip’s sentiments.

Out of the blue, her six-year-old made his musings known when he said missed having just him and his mom around.

“I miss those days when it was just the two of us,” was what Philip said that stumped his mother.

Rica admitted her heart stopped upon hearing this, so she chose to dig deeper into her son’s feelings.

“I asked him why he said it and he thought and answered, only after a little while, that he realizes many of the things he liked before when he was younger, are now gone. And that life was easier when we didn’t have to navigate around a little baby too much,” she said referring to their youngest in the family, Manu.

Thankful to her own counselling sessions, Rica realized that what Philip was actually feeling is grief — a feeling that occurs to everyone adjusting to life.

Rica’s method was to let her son express his feelings and to validate him afterwards. She did this by echoing his sentiments that she sometimes misses those special days as well.

She then shared that what they are both feeling is “the cost of loving a person.”

“That to have another human being in your midst will challenge your own wants, likes, preferences, life, and that it isn’t exactly easy,” she said.

Despite missing the days when he was the only child, Philip shared that he liked having his one-year-old brother around also. Rica said it seemed like her son was feeling guilty for sometimes not wanting his brother around.

“So I had to assure him that it is okay to feel both. That the truth is he can feel annoyed by the existence of his brother, but also feel tremendous love for him,” she said.

After their special talk, they hugged it out to reassure Philip that he will not be shunned for expressing his thoughts even they are difficult to hear.

“We can wait and walk with you through it all, and sometimes that message makes healing faster that if we pressured the to do just do the ‘right’ thing,” she ended.

The 40-year-old mom is blessed with two kids with her husband, Christian pastor Joseph Bonifacio.

Rica Peralejo reveals she and husband had COVID-19

‘Yes and no’: Rica Peralejo answers questions about rumored past...