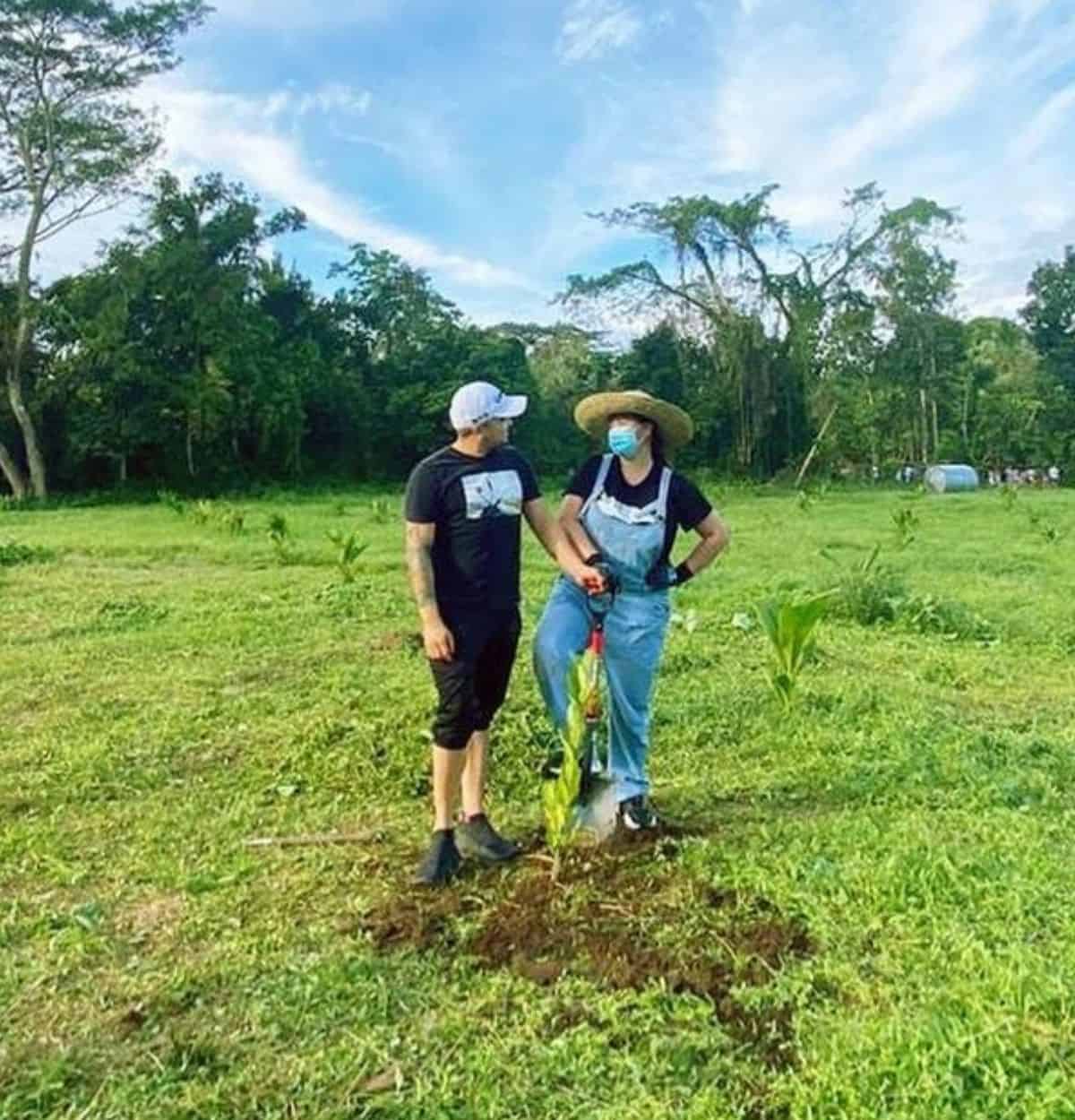 Celebrity couple Angel Locsin and Neil Arce gave their fans a glimpse of their newest passion project in their most recent video on YouTube.

In their vlog, the couple showed the piece of land where they would be starting “Project Green.”

“Without trees, life could not exist on Earth. There would be no rain, our soils would be unprotected, and the air would be unsuitable for breathing,” they said.

Their video showed Angel and Neil cutting grass and planting trees in their farm. The two also gave their viewers a mini tour of their land.

They also asked their subscribers to suggest a name for their farm. Five of their viewers with the best name suggestions will win bundles of appliances.

“Magtanim ay hindi talaga biro! Salute to our farmers and tree planters for all their efforts,” Angel said in an Instagram post.

In an Instagram post, Angel shared a photo of her and Neil. In the caption, she encouraged the public to “plant trees for a better tomorrow.”

“Small acts, when multiplied by millions of people, can transform the world,” she wrote.