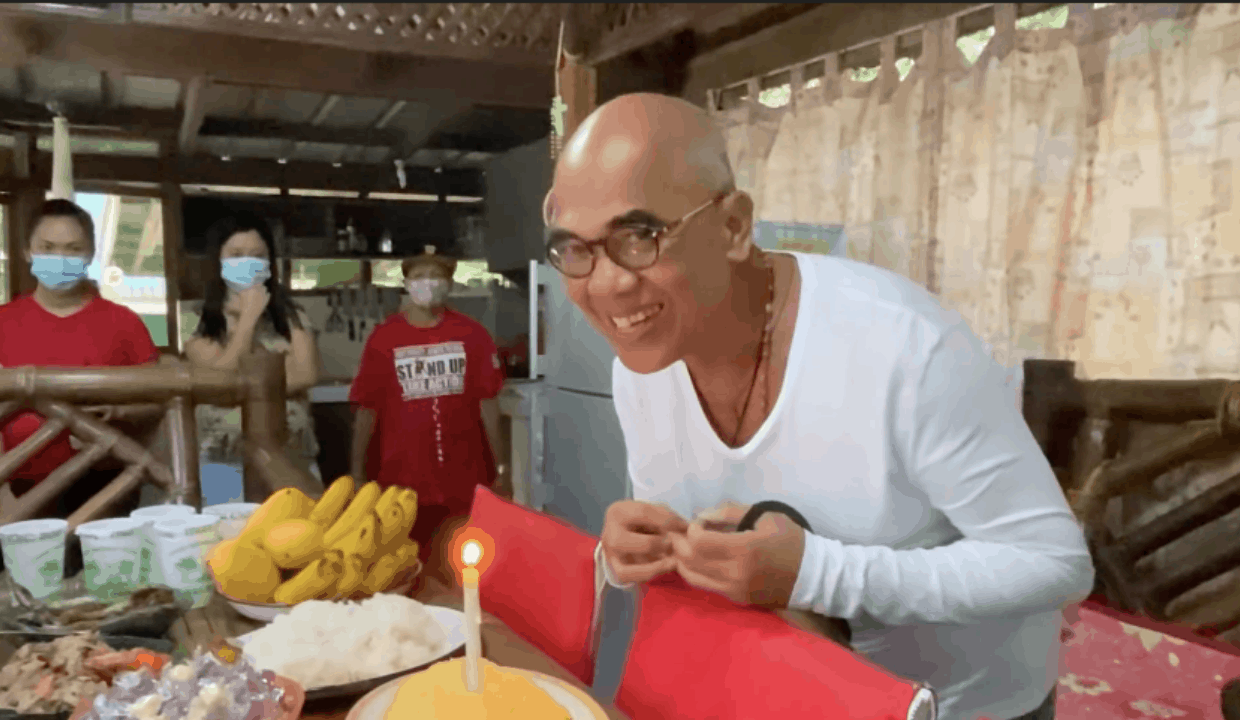 Boy Abunda celebrated his early birthday in Lipa, Batangas with his friends and family. The King of Talk said their celebration is his “first” for the month.

The 64-year-old shared on his recently uploaded video on his YouTube channel that his “handa” for his birthday are local food items such as lomi, galunggong and bulalo.

His birthday cake was “nilupak”, a delicacy made of cassava, margarine and milk.

Abunda continued on to say that everyone in his intimate gathering is observing the proper safety protocols.

His birthday this October 29 would be his first birthday without his beloved Nanay Lesing who passed away last December 1.

While Abunda was eating his birthday meal, he recounted how Nanay Lesing loved to rest in the kubo they were staying in.