Angel Locsin dispels ‘fake news’ she will run for senator 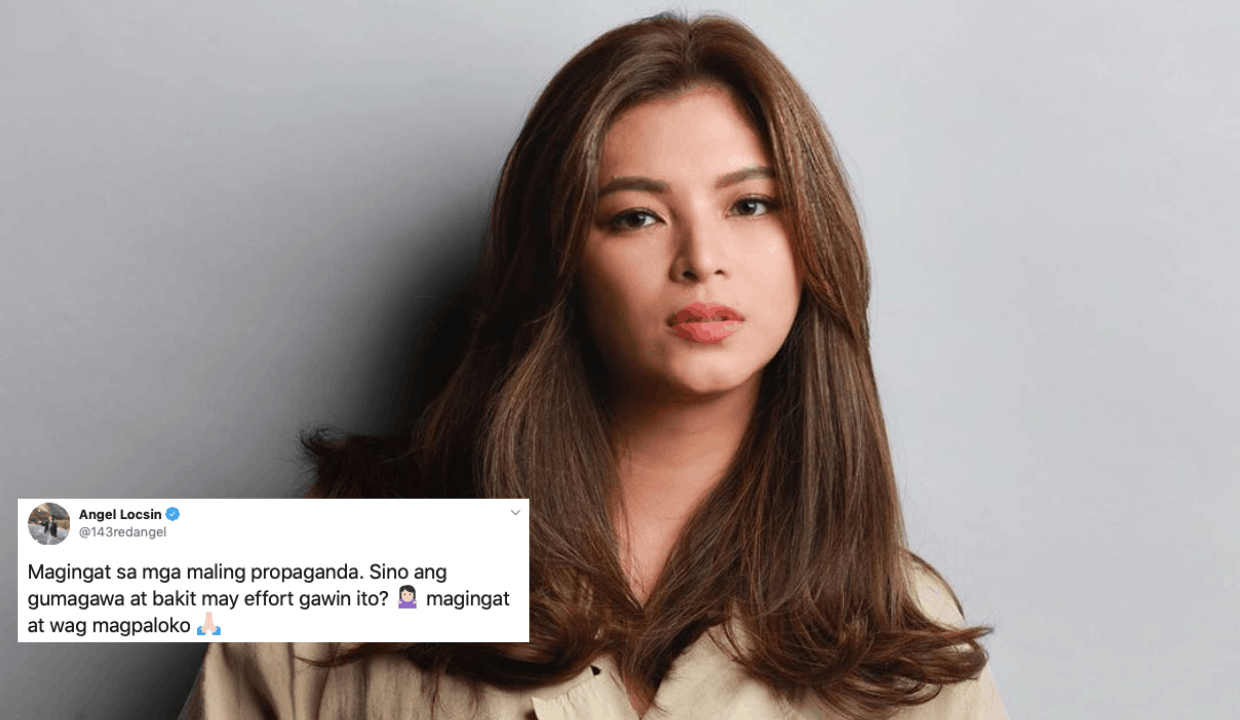 On social media, Angel Locsin was quick to dispel fake news that said the actress will be running for senator in the 2022 elections.

The Iba ‘Yan host shared a screenshot of a Twitter post with a link to a YouTube video which seemed to announce her intentions to run for a Senate seat.

Angel then asked her followers on the platform to be wary of false propaganda.

The actress, known for her philanthropic acts, has consistently said she has no plans of entering politics.

Angel was recently hailed as the Philippines’ most admired woman in global public opinion and data company YouGov’s 2020 list of most admired men and women.