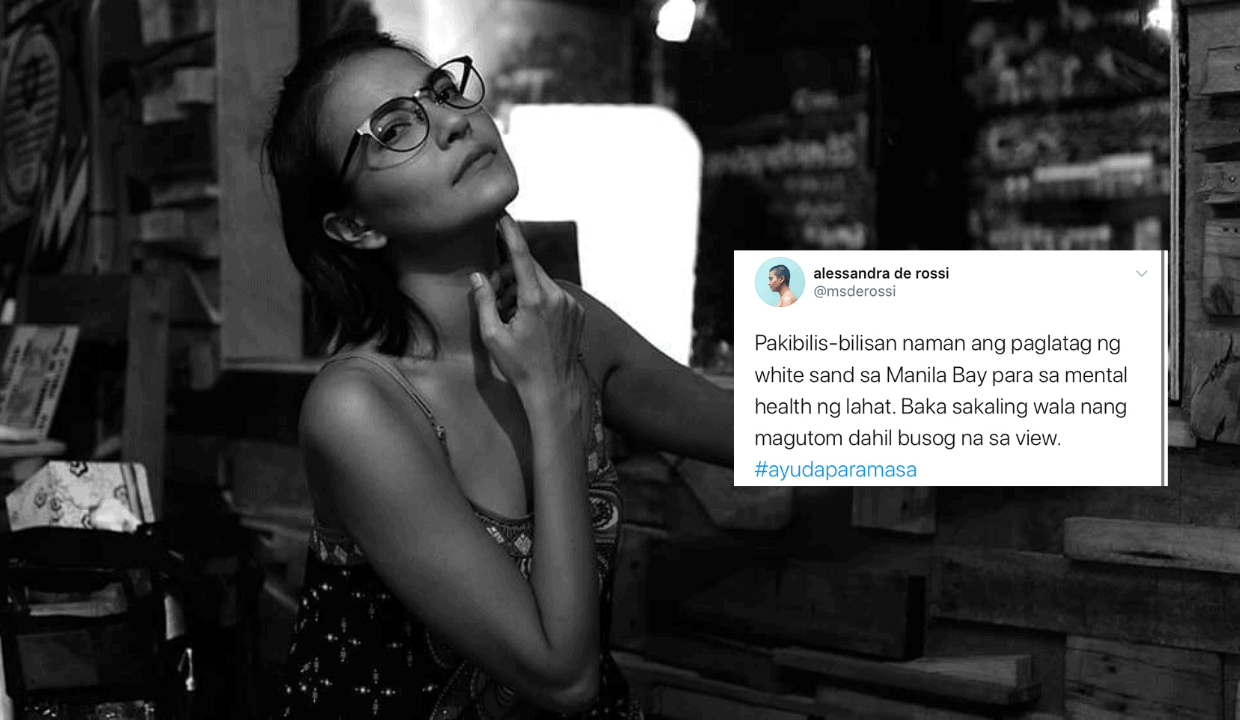 Alessandra de Rossi spoke up on the Department of Environment and Natural Resources’ (DENR) “makeover” of Manila Bay’s shoreline.

The actress took to social media to comment on the “white sand” project which was said to help rehabilitate Manila Bay.

The Through Night and Day star seemed to jest on Presidential spokesperson Harry Roque’s statement that the “white sand beach” in Manila Bay could improve people’s mental health amidst the pandemic.

Alessandra then apologized for her comment clarifying that she “supports Manila Bay.”

In another tweet, she joked once again on the “beach nourishment” project.

“Yah….. Beach nourishment. And sing… There are… People dying.. If you care enough for the living.. Make beach nourishment.. For you and for me! Dagat mga kapatid,” she said.

The P384-million DENR project received flak from the public for the use of crushed dolomite boulders transported from Cebu to Manila.

DENR Undersecretary Benny Antiporda told Philstar.com that their move is not a construction project but rather a beach nourishment project.

“It is a rehabilitation project, not a construction project. It’s only a beach nourishment (project) in which we’re beautifying it,” Antiporda said.