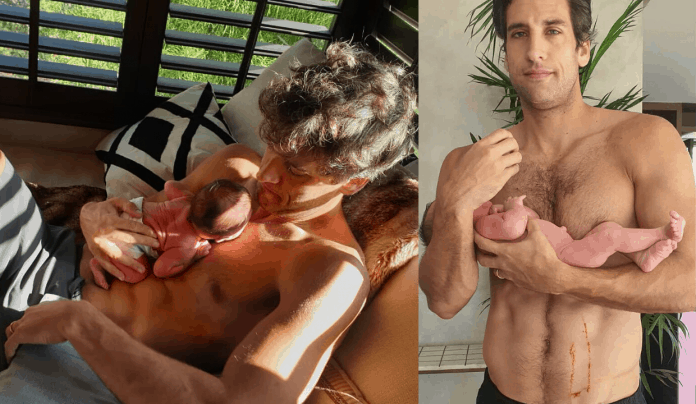 Nico Bolzico has another parenting experience to tell and it’s so #fatherhood 101.

Nico shared that it was baby Thylane’s bath day and his daddy duties were “removing her diaper, do a quick five minute sunbathe and take her to the bath.”

But while his wife Solenn Heussaff was preparing Thylane’s bath, something hilarious happened: Thylane unexpectedly pooped.

He continued: “The unusual situation took el #ElPadre off-guard, creating 30 seconds of doubt on what to do next.”

Seeing his reaction at the rare moment, Solenn burst into laughter and decided to take a snapshot of the daddy-daughter’s “little disaster”.

Nevertheless, Nico, jokingly said: “I have never thought I was gonna be so happy that someone ? on me!.

Solenn gave birth to their first child last January 1, and they haven’t revealed the face of the baby yet.

Nico, however had earlier posted a sneak peak photo of Thylane’s eye last saying “ I only post the eye of Thylane coz if I show her @solenn will eradicate me from the world!”.