LOOK: Liza Soberano and Momoland’s Nancy in one frame! 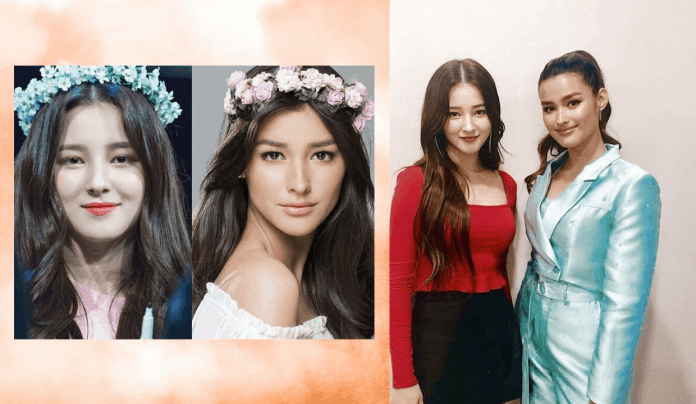 The “twins” had finally met face to face for the first time after being called each other’s lookalikes for the longest time.

Kapamilya actress Liza Soberano and Nancy Jewel McDonie of Kpop girl group Momoland have always been told that they have a striking resemblance.

The much-awaited meetup of the two beauties happened during the ABS-CBN Christmas Special at the Araneta Coliseum on Tuesday.

It was reported that Nancy and Momoland first asked to have the photo op with Liza.

In a Facebook Live back in April 2018, Nancy along with fellow Momoland members Ahin and Daisy googled Liza to find out if she really looks like her. This was after receiving numerous comments mentioning that she very much resembles Liza, who was hailed by TC Candler as “The Most Beautiful Face” in 2017.

She even tried to copy Liza’s pose in another live video.

Nancy became particularly popular in the Philippines for her likeness to the Kapamilya actress.

Liza will be returning to the screens with reel and real-life partner Enrique Gil via the TV series Make It With You. Nancy, on the other hand, has an upcoming project with James Reid.