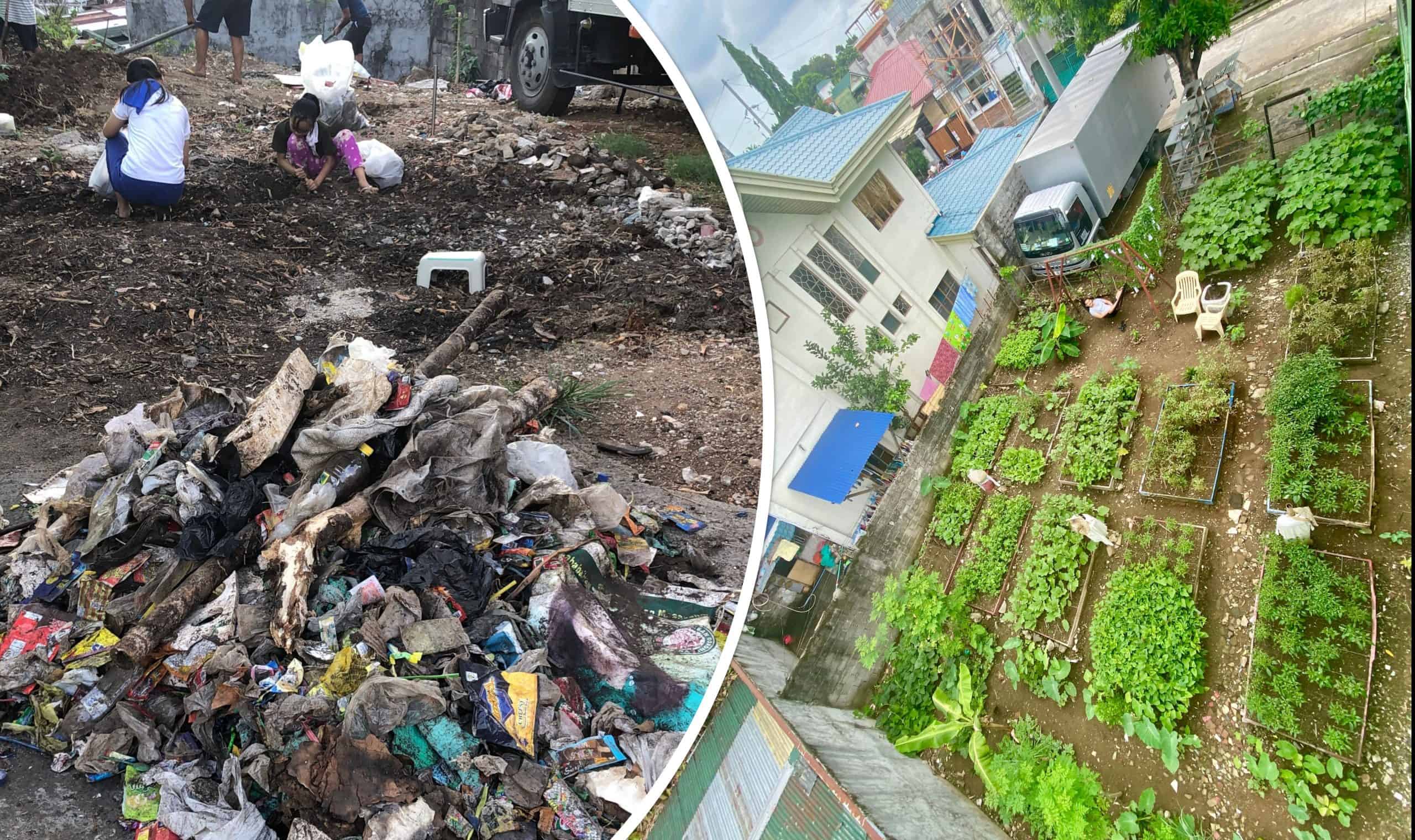 Urban farm brings out bayanihan spirit in this QC community

A neighbourhood in Quezon City came together to transform a vacant lot filled with trash into a growing vegetable garden during the COVID-19 lockdown.

They showed not only how it’s possible to build a little spot of nature in the midst of a bustling city, but also how the bayanihan spirit is alive and well in this community.

According to 28-year-old lawyer JC Tejano, it all started when a fire broke out on an idle lot early April. Neglected since the ’90s, it became a dumping ground for household junk and garbage. But all that accumulated waste only added fuel to the fire, nearly causing damage to the surrounding houses.

This became the neighborhood’s wake-up call.

To avoid a repeat of the incident, Tejano and his household initiated a clean-up of the site the day after the fire, with neighbors then joining in.

After the lot was cleared of 25 sacks worth of garbage, they thought of putting it into good use.

They decided on a vegetable garden despite zero experience in farming.

Except for spending around P300 for wires, they didn’t get to shell out money because they managed to recycle household materials for the urban farm. These included unused cabinets as raised beds, metal raps as trellis, discarded tires as pots, garters as dividers and old aquariums as water containers.

Meanwhile, seeds and seedlings came from the backyards and kitchen scraps of neighbors.

It took them about a month to do the landscaping and setting up of everything although midway into these activities, they already started planting. Around six to seven people worked on the garden, while others took charge of the supplies.

With movement restricted and most of them working from home, everything they learned about urban farming, they learned from spending hours on YouTube, Wikipedia and online research.

When asked what vegetables they have planted, Tejano proudly said, “Basically Bahay Kubo.” So as the folk song goes, they’re able to grow assorted veggies from singkamas, talong, sigarilyas to sitaw, bataw and so on.

Of course, it came without challenges, from the physical to the agricultural, but the benefits far outweighed their struggles to build their own urban farm.

On a personal level, it’s been good for the mental health. “Gardening serves as a mental health therapy. Sometimes, uupo lang ako dun and you just breathe in the nature. You are in a relaxed state when you’re in there,” Tejano said.

Most notably, the vegetable garden has become so much more for them as a community.

“It’s really an enriching experience. We were really just intending to grow vegetables, but in the process, we also grew ourselves and our community. And you become part of this growth and giving-life process,” Tejano said.