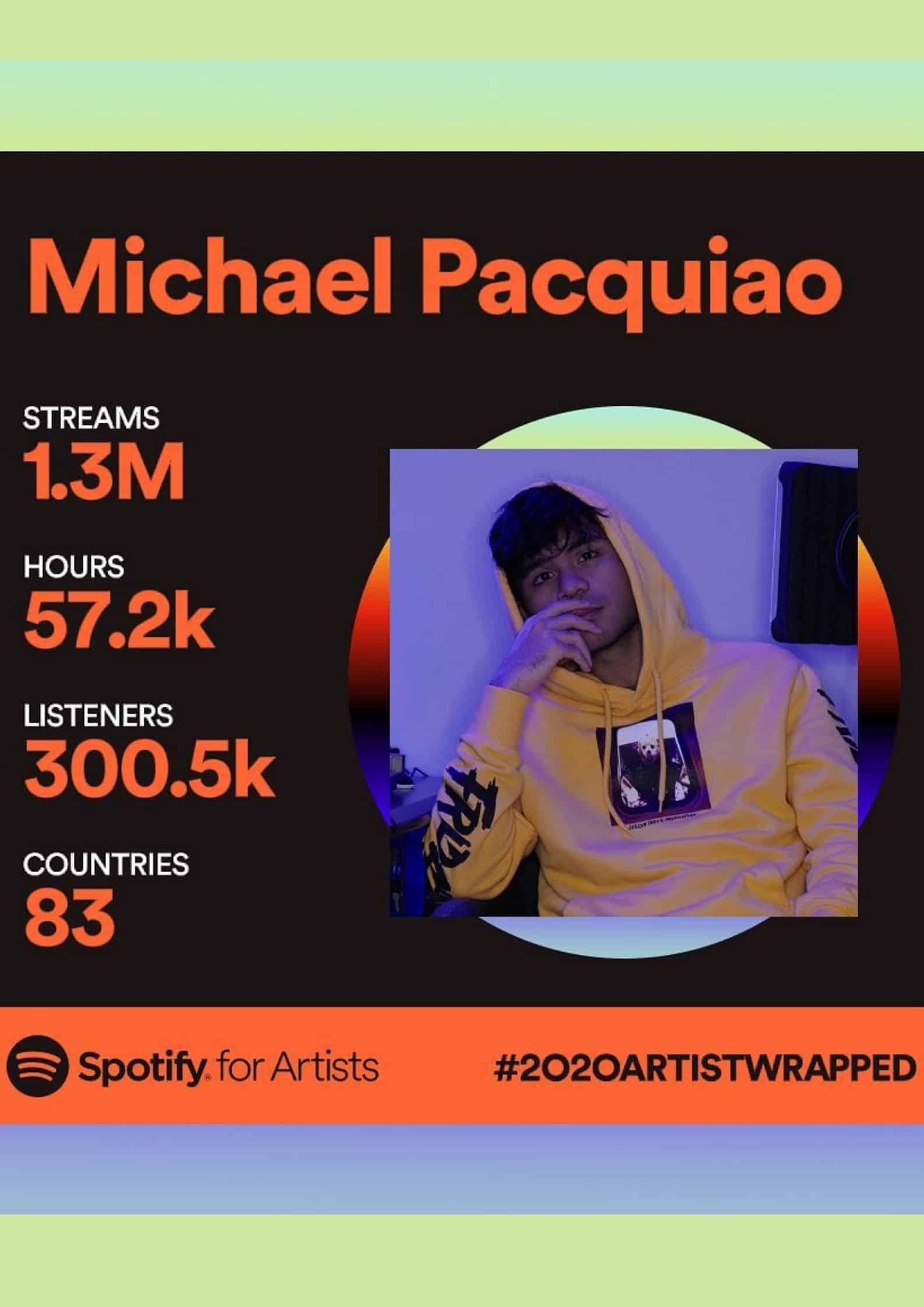 Michael Pacquiao expressed his gratitude after hitting over one million streams on the popular music streaming app Spotify.

According to Spotify’s year-end Wrapped, a summary of engagement with artists’ music on the platform, Michael’s music has garnered 1.3 million streams with listeners coming from 83 countries.

The 18-year-old rising hip-hop artist took to social media to thank everyone who supported his work this year.

“First of all, I thank God for everything he has given me ? I thank you to all of my fans across the world ?? despite all the stress this year, you guys have made my 2020 very interesting and fun ? shoutout to MusiCHAELs and Pakyawers ?? and everyone else,” said Michael.

He added, “Looking forward for more next year LEZGGEETTITTTT HAHAHAHAHAHA!‼️”

Michael, second son of boxer-politician Manny Pacquiao, made headlines this year after wowing netizens with his rap skills in a music collaboration with his friend Michael Bars back in July. (READ: Michael Pacquiao shows off rap skills in Michael Bars’ trending Pac-Man track.)

In August, he sang on a radio show his original composition Hate, one of the tracks from his upcoming debut album titled Dreams. (READ: Michael Pacquiao is a certified rapper in Wish Bus performance.)

His performance, which was a hit online, impressed the likes of Parokya ni Edgar frontman Chito Miranda.