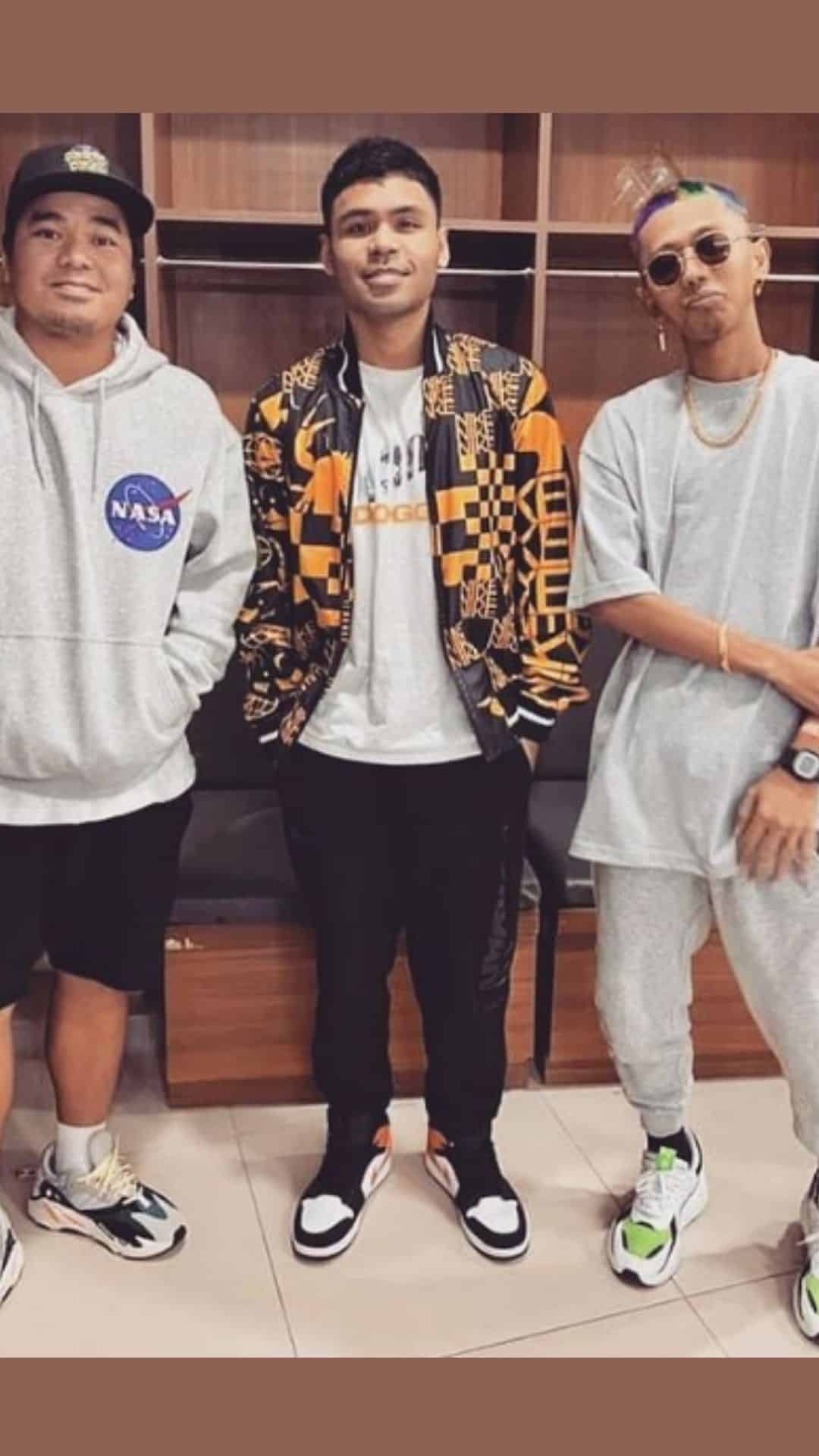 This photo of Gloc-9, Flow G and Michael Pacquiao has left fans speculating that a music collaboration may be in the works.

“Kahapon Bukas at Ngayon!!!” Gloc-9 captioned the photo with the hashtag #makatasaPinas, possibly referring to the generations they belong to in the hip-hop music scene.

Netizens in the comments section were quick to speculate that the three artists are cooking up something for their fans.

Gloc-9 is known for mentoring and collaborating with the younger breed of rappers.

But in a private message to The STAR’s Latestchika.com, Thea Gomez-Pollisco, manager of Gloc-9, said that there are no talks yet of a collaboration. She added that the photo came from when the three performed at the recently-held 6th Wish Music Awards at the Araneta Coliseum.

Gloc-9 won as Artist of the Year and Hip-Hop Song of the Year for ABAKADA featuring Mark Beats, while Michael took home the Wishclusive Hip-hop Performance of the Year award at the said event.

Gloc-9 has already worked with Flow G on the song Halik, the Wish Bus performance of which has over 50 million views to date.

But he had something to say about Michael, who previously trended online for his performance of original track Hate, as well as the song Pacman with fellow rap artist Michael Bars.