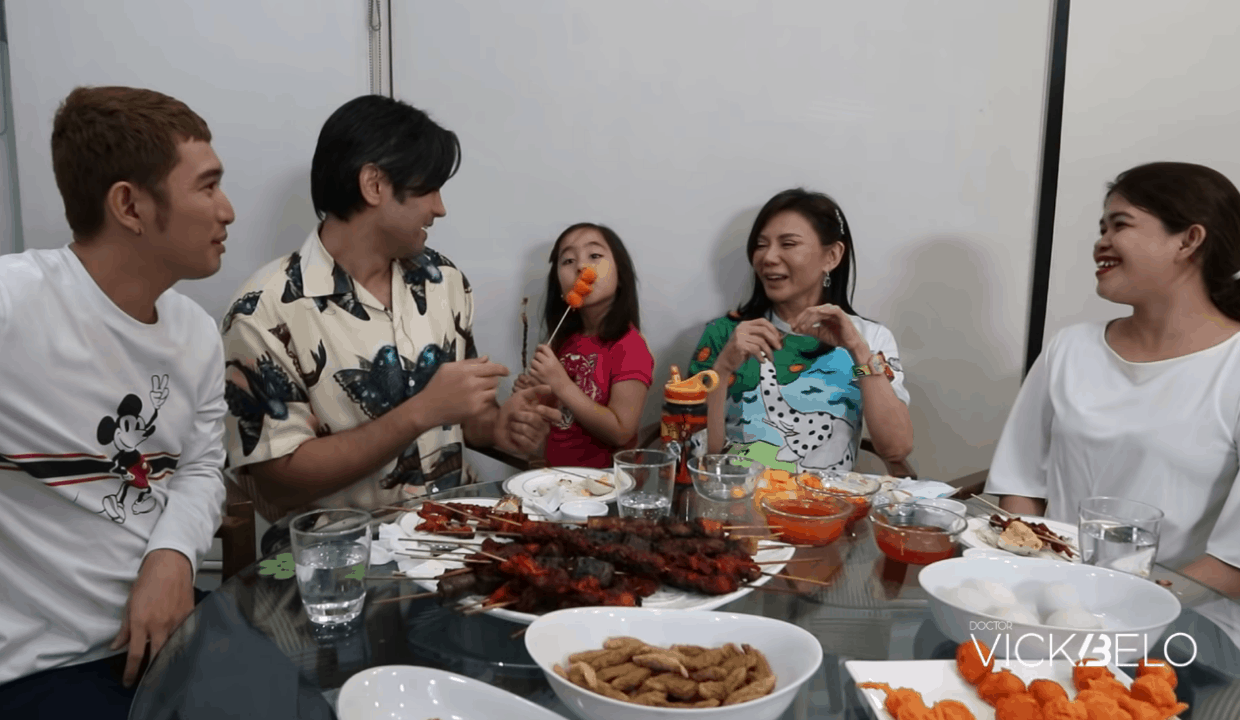 Belo, who is Melason’s wedding godmother, invited the husband and wife over to her abode, and they brought with them adidas, betamax, chicken heads, isaw, kwek-kwek, kikiam, penoy and squid balls.

“What is the safest there?” Belo asked.

“Nothing is safe in the world doc,” Jason teased Belo.

“I don’t want to know what’s inside. No, don’t tell me,” insisted Belo as Melai tried to explain what isaw is.

“Ano to? Ang bitter, ano ‘yun? Parang may weird. Nung umpisa okay eh,” Belo said when she finally got to taste it. “Nung kumain ako parang may lumabas after.”

“Pagod na ‘ko! Nakaka-stress ‘to,” she said when Melason challenged her to eat the adidas (chicken feet).

Eventually, she backed out from eating the chicken feet and asked her husband Dr. Hayden Kho to “save” her.

Hayden, on the other hand, was taken by surprise when he was offered to eat the chicken heads.

‘I miss all of you’: Scarlet Snow Belo loses access...

Vicki Belo checks off another item on her bucket list...