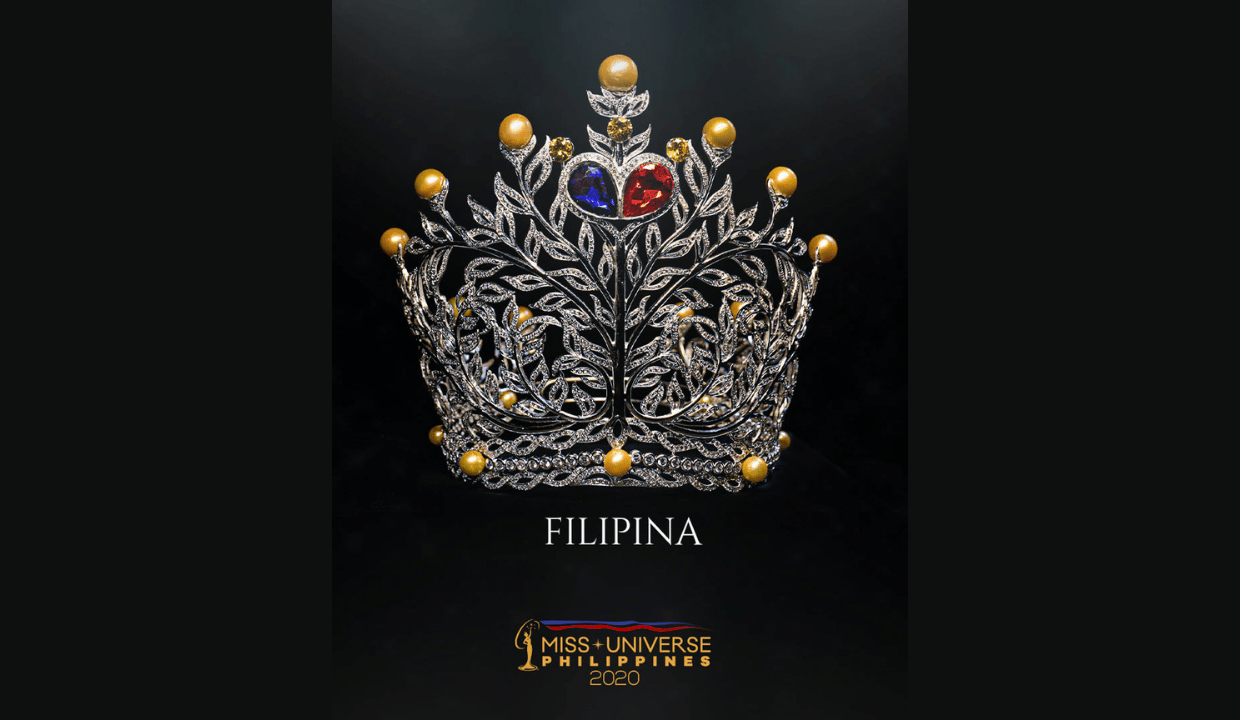 On social media, the MUP announced that the Villarica family from Meycauyan, Bulacan, stepped up to the plate to offer their expertise on gems and jewelry for this year’s crown.

The 2020 Miss Universe Philippines Crown symbolizes the achievement of “one’s mind over body as a Filipina.”

“It will be a symbol of triumph over one’s journey of trials, hard work and perseverance in obtaining one’s dream. A dream that has become a reality that would inhabit her mind, heart and spirit,” they wrote on their Facebook page.

The Filipina crown is adorned with diamonds, yellow pearls, sapphire, ruby and topaz representing the flag of Filipinas.

“The elements of the FILIPINA crown reflect the true meaning of womanhood,” they said.

This year’s pageant will be the first competition held by the MUP since since the Miss Universe Organization left its longtime partnership with Binibining Pilipinas Charities, Inc. (BPCI).

Its pre-pageant events and the coronation will be held at the Baguio Country Club in Baguio City.

The pre-pageant activities, which will be airing on www.empire.ph on their Ring Light series, will premiere on October 21. The grand finale on October 25 will be aired on GMA 7 at 9 a.m. with a replay telecast on the same night at 10:30 a.m.

Miss Universe Philippines 2020 Rabiya Mateo: ‘We made it, Mama...

Former Miss U Margie Moran on MUP results: ‘The first...

Sorsogon bet withdraws from Miss Universe Phl after battle with...