Miss Universe Philippines 2020 Rabiya Mateo: ‘We made it, Mama and Lola!’ 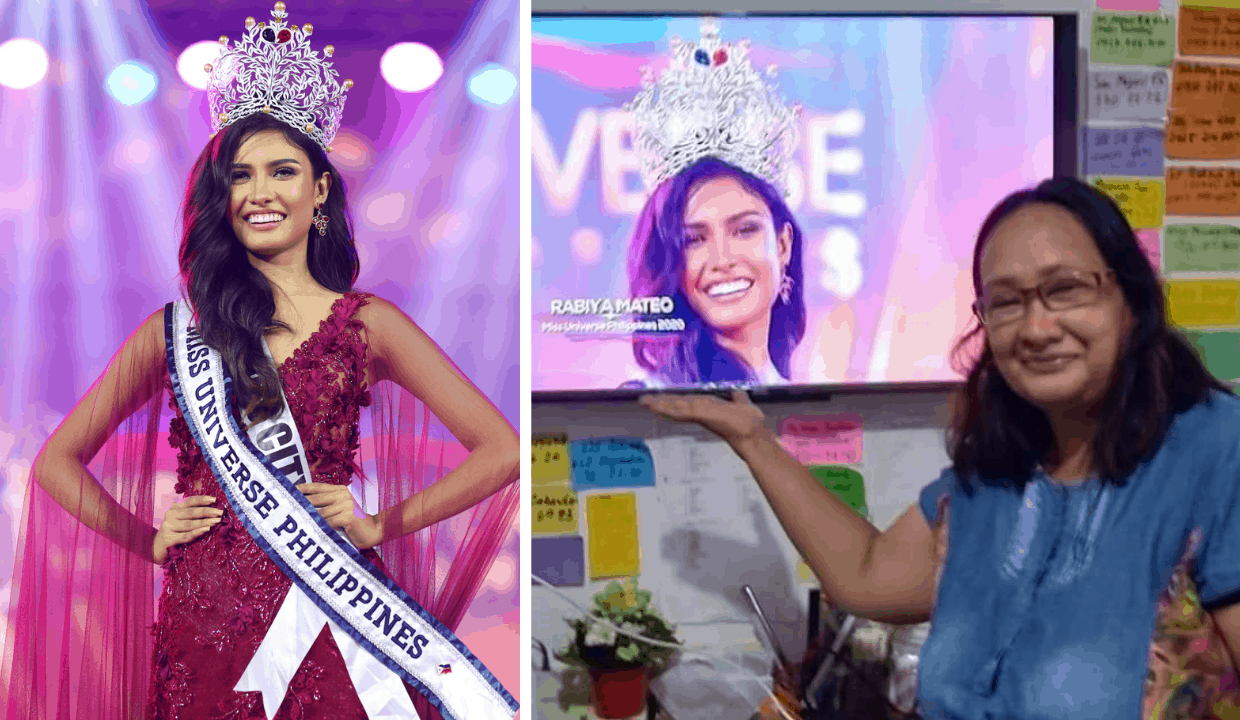 Newly crowned Miss Universe Philippines 2020 Rabiya Mateo dedicated her win to the two strongest women in her life — her grandmother and mother.

“We made it, Mama and Lola! These two are the strongest women that I know. Both were single mothers but were able (to) raise their children full of dreams and aspirations in life,” she said.

The Ilongga beauty addressed her departed Lola Sol that her favorite apo is now the Miss Universe Philippines.

“I love you so so so much. I wish you were still here witnessing our victory,” she wrote.

She included in her post some throwback photos of her mom and lola with a young Rabiya.

In the same post, Miss Universe 2015 Pia Wurtzbach welcomed Rabiya to their “sisterhood.”

“So sweet. Congratulations queen!! Welcome to the sisterhood. Ikaw ang bunso,” she said.

The 24-year-old thanked her “Ate Pia” and said she looks forward to talking to her senior about life.

“I can’t wait to talk to you about life. I know madami ako matututunan,” she said.

In interviews, Rabiya who is a licensed physical therapist said that her Indian father left them when they were kids.

In a previous Instagram post addressed to her father, she said she’s not blaming for him for what happened.

“I became a strong independent woman today because of the situation that happened in the past but I never blamed you for it. I will continue to be a breadwinner to our family, a good daughter to Mama, and a good role model to (sibling) Mokmok. I will push myself to a new and greater limit every single day so that when the time comes and we meet again, you will tell everyone how proud you are that I’m your daughter…”