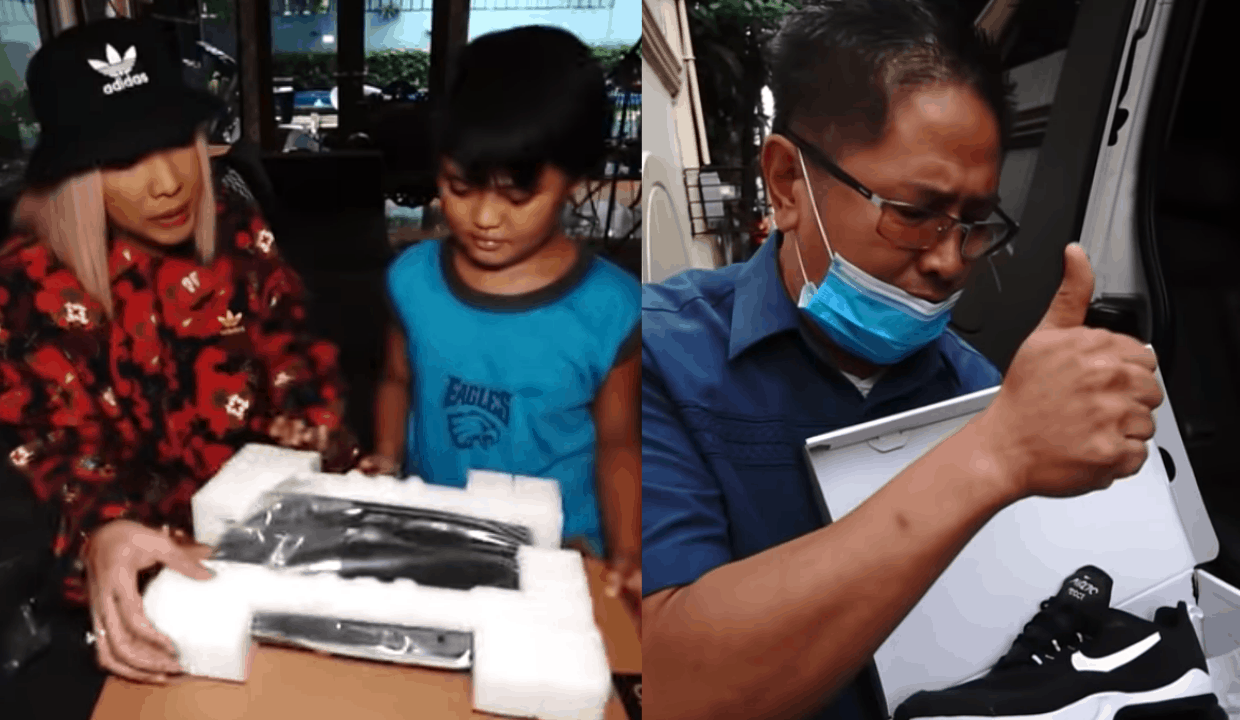 Christmas came early to Vice Ganda’s house helpers, drivers and security guards as the comedian-host bought and gave them these special treats.

In his recent vlog titled Pa-Ayuda ni Meme! uploaded on YouTube, Vice Ganda surprised the son of one of his helpers with a brand-new laptop.

The It’s Showtime host also provided tablets to his other helper’s children for their online classes.

In the latter part of the video, Vice along with his boyfriend Ion Perez treated the bodyguards and drivers to a shopping spree at a mall.

The bodyguards, drivers and helpers of Vice Ganda were nothing but grateful for his generosity.

Vice ended his vlog talking about his humble beginnings. He said he knew the feeling of not having enough funds to pay for schooling and other needs.

When Vice was starting his career in comedy bars, he couldn’t afford to buy himself clothes and shoes. Good thing, there were costumers who were kind enough to sponsor what he would wear onstage.