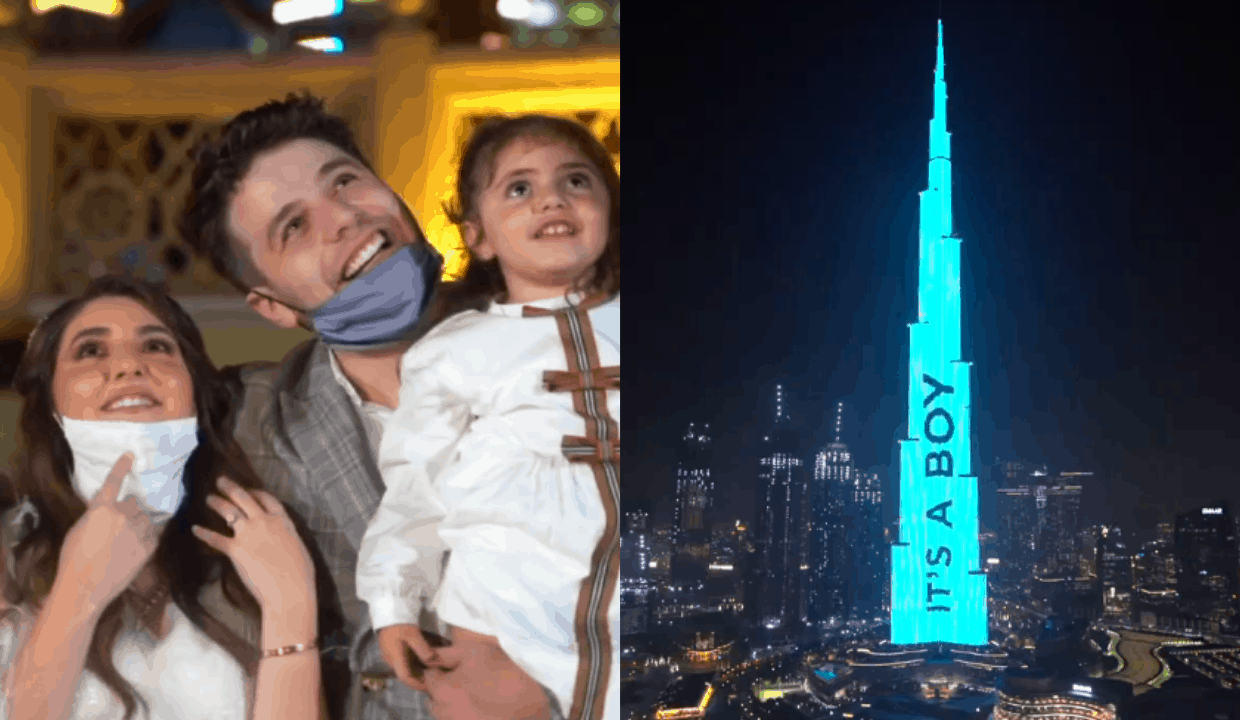 A video of the “grandest” gender reveal party yet took the internet by storm, after a Dubai-based couple took the occasion to a whole new level with the iconic Burj Khalifa lighting up for their baby reveal.

YouTube stars Anas and Asala Marwah didn’t only break away from the usual balloon-popping and cake-slicing celebration, but also made sure it was the “#BiggestBabyRevealEver” for their second child.

In the more than one minute video, the couple along with their daughter can be seen surrounded by their family and friends — all looking up at the pink and blue lights illuminating the world’s tallest tower, and excitedly waiting for the surprise.

After a dramatic 10-second countdown, the announcement “It’s a boy!” with the blue background was projected on the 2,717 feet-tall skyscraper.

“The big news just can’t get bigger than this as the world’s tallest building lights up to reveal the biggest gender reveal ever! Congratulations @anasmarwah and @asalamaleh,” reads Burj Khalifa’s post on its social media accounts.

The full video — from the preparations to the big reveal — was uploaded on the couple’s YouTube channel Anasala Family and has since garnered over 15 million views and counting.

It’s a baby boy for Iwa Moto and Pampi Lacson!