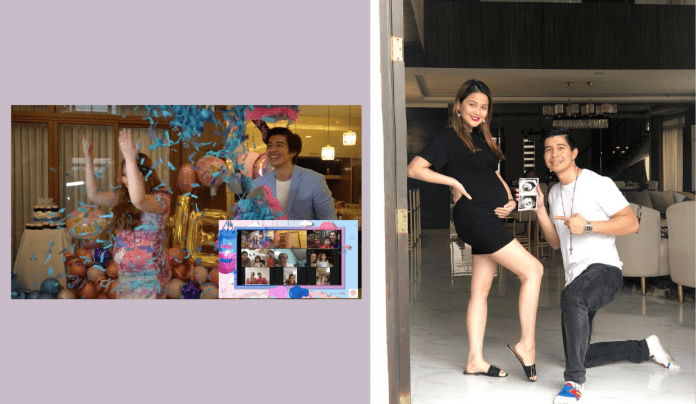 On June 21, celebrity couple Rodjun Cruz and Dianne Medina announced the gender of their first baby.

The two had an intimate gender reveal party with their friends and family on video conference, they said in their YouTube video.

In their vlog, Rodjun shared that since the start of his wife’s pregnancy he always had a feeling that their first child would be a boy but he said Dianne’s different glow might be because she’s carrying a girl.

The soon-to-be parents were equipped with a punching bag piñata that would surprise them with pink or blue confetti.

“It’s a boy,” they announced as blue confetti burst from the piñata.

Rodjun and Dianne announced that they are expecting their first child last April, on Easter Day.

“We couldn’t be more thankful to our God for blessing us this baby on the way, and we thought it’s just fitting to share this with you all on Easter day,” she wrote.

While Rodjun said their baby on the way is an “answered prayer.”

After 12 years of being together, the couple finally tied the knot on December 21, 2019.

Dianne Medina asks netizens not to comment on her postpartum...

It’s a baby boy for Iwa Moto and Pampi Lacson!