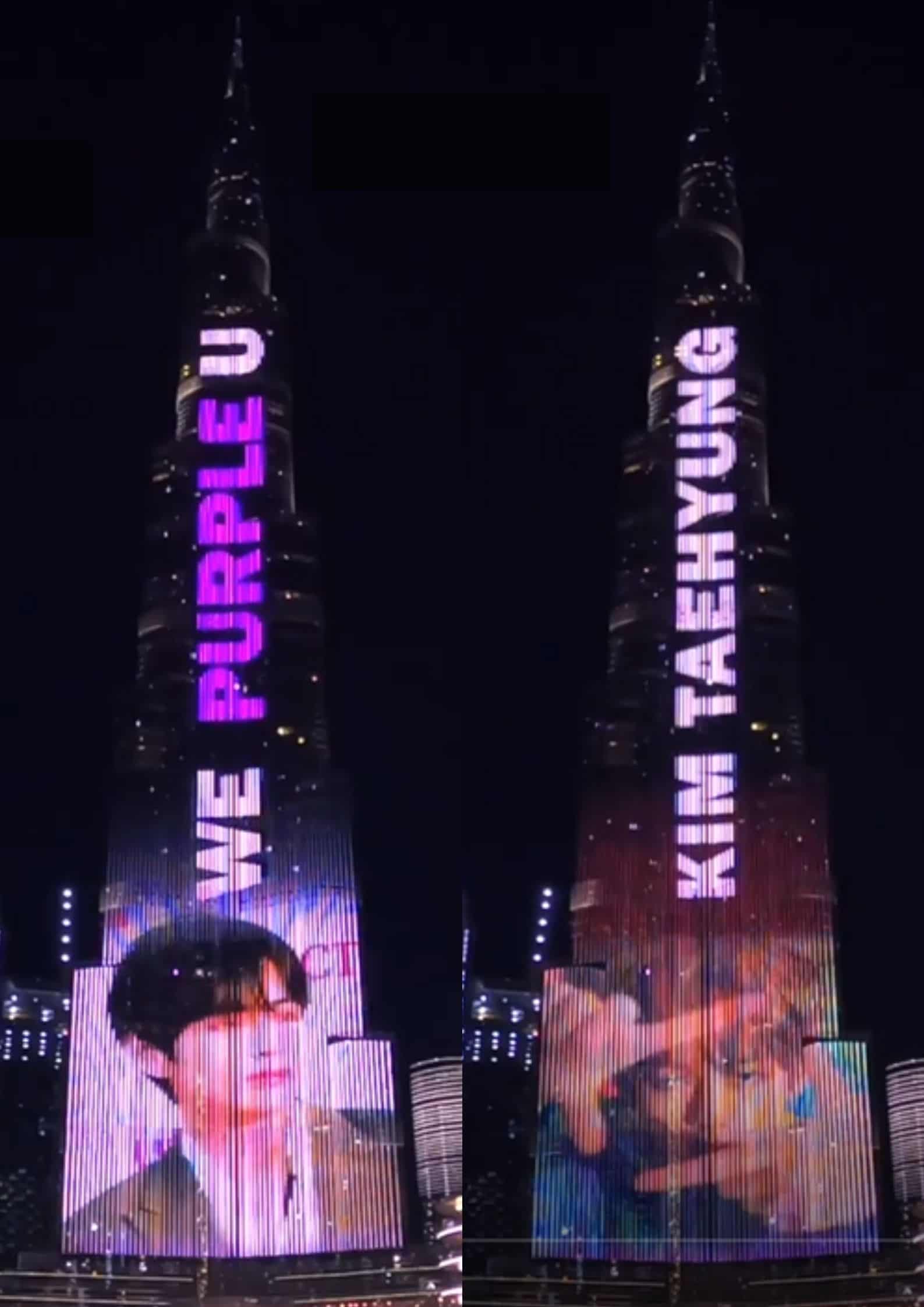 Burj Khalifa, the tallest building in the world, lit up to wish V of K-pop supergroup BTS a happy birthday on Wednesday.

V, born Kim Taehyung, turned 25 years old (26 in the Korean age system) today, with a special tribute from his fans — a three-minute birthday ad on the famous skyscraper.

According to South Korean media outlet Dispatch, Baidu V Bar — a dedicated BTS fanbase in China — managed to put up the grand LED display for their idol.

“After a long period of application, finalisation, review and modification, thanks to Taehyung’s global top reputation, influence and positive personal image, we are very honoured to obtain the opportunity making the world’s first K-pop individual artist to print on the Burj Khalifa with a stunning three-minute sound and light show,” Baidu Vbar was quoted as saying in a tweet.

The birthday ad featured a video montage of V as singer, dancer, actor and producer with V’s solo song Winter Bear playing in the background.

Armys from all over the world also celebrated V’s special day with trending hashtags such as #HappyBirthdayV and #HappyVDay.