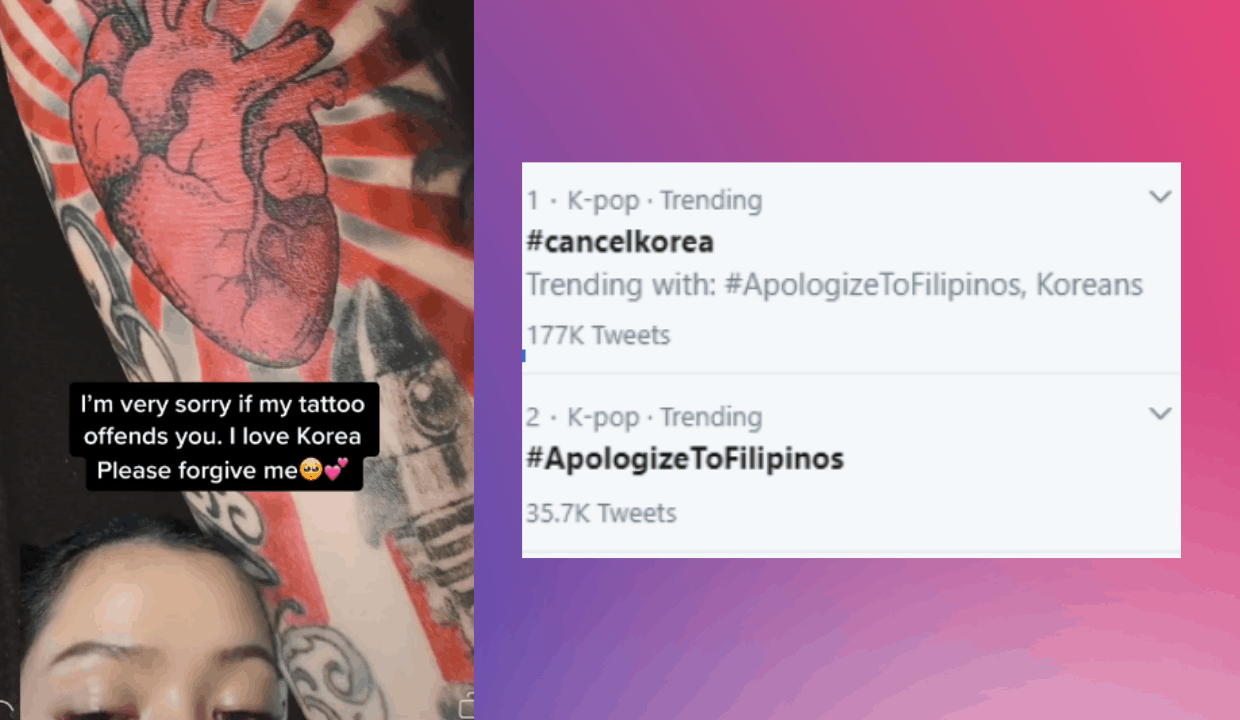 Hashtags #CancelKorea and #ApologizetoFilipinos have been trending for the past few days following the word war between Filipino and Korean netizens online.

Bella Poarch has over 16 million followers in the video-sharing platform and receives millions of likes and views for every upload, with the “M to the B” as the most popular one.

Korean netizens perceived Bella’s tattoo as the Rising Sun flag used by Japan during World War II which Koreans found “offensive” for the reason that it reminded them of the horrors of the Japanese occupation.

Korean netizens then flooded the comments section of Bella’s TikTok video where her tattoo was seen to lecture and criticize her.

Bella later on gave a closer look at the tattoo in another TikTok video and apologized for not knowing the history behind the symbol, adding that she will have her tattoo removed and “educate others about it”.

Bella also released a statement in a tweet and apologized for her mistake: “I am ashamed of myself for not doing my research. I sincerely apologize.”

She also told everyone to educate themselves about the rising sun symbol and learn from her mistake.

While Bella had said her apologies, several Korean netizens continued to lash out at her and allegedly left racial slurs in the comments that did not sit well with Filipino netizens.

Filipino netizens then clamored for anti-racism support online using the hashtags  #CancelKorea and #ApologizetoFilipinos with over 200,000 generated tweets on Twitter as of writing.

Some admitted that as much they are big fans of Korea’s culture — K-pop and K-Dramas — they’d be willing to defend the country and one of their own first.

Here’s what some Filipino netizens are saying on the matter:

‘I had a rough childhood’: Bella Poarch reveals sad truth...