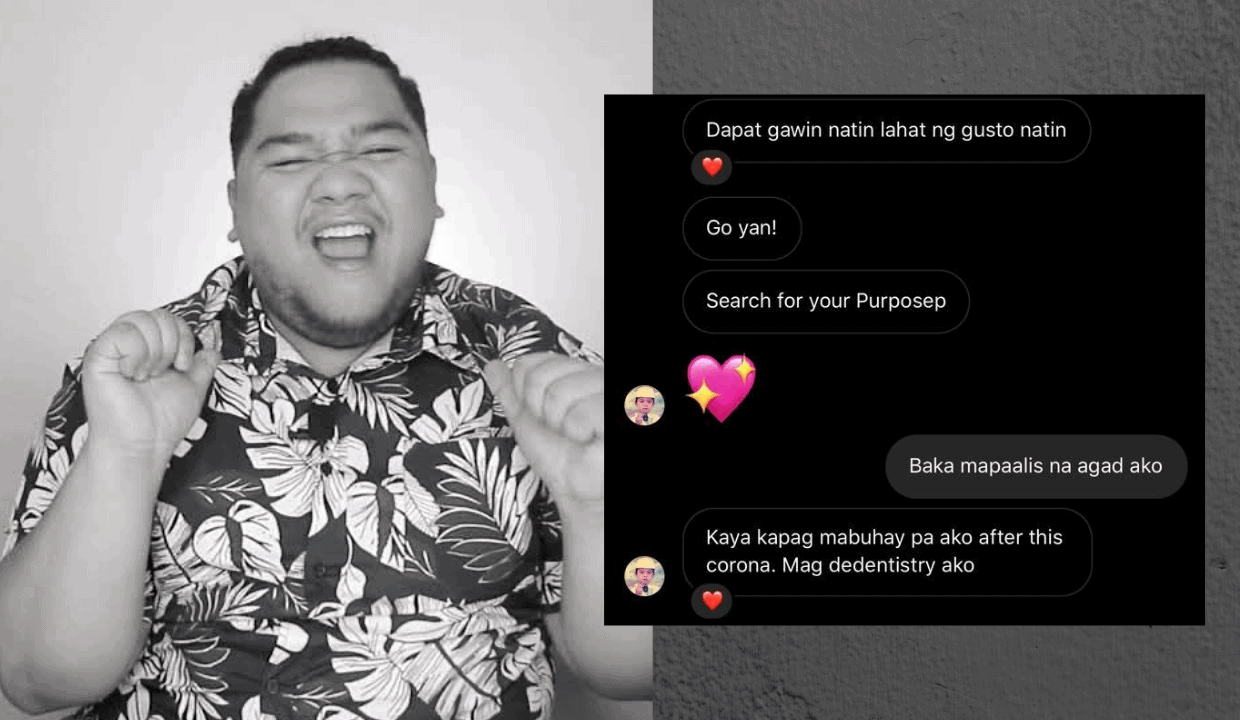 Vlogger Kimpoy Feliciano recently shared a conversation he had with Lloyd Cadena and netizens couldn’t help but say that it felt like the late YouTube star was bidding goodbye.

Following the heartbreaking news of Lloyd’s untimely demise on Friday, Kimpoy shared undated screenshots of one of his last exchanges with Lloyd who revealed dreams of becoming a dentist.

Kimpoy, whose dream is to become a pilot, said he would invite Lloyd onboard once he becomes one.

Netizens, on the other hand, also took note of how Lloyd seemingly knew that something was going to happen after repeatedly telling Kimpoy that he would pursue his own dreams if he made it alive until the end of the pandemic.

Part of Lloyd’s message to Kimpoy read: “Aral tayo!! Mag-eenroll ako if ever na buhay pa ako after this ECQ.”

Here are some of the netizens’ comments on Kimpoy’s viral tribute post for Lloyd.

Others also looked back on Lloyd’s final tweet on September 2, which said “11:11 Healing for Everyone!”

Lloyd’s passing was confirmed by his family via a Facebook post on Friday afternoon. Several related hashtags landed on local Twitter’s trending topics list after fans and followers expressed condolences and grief over his death.