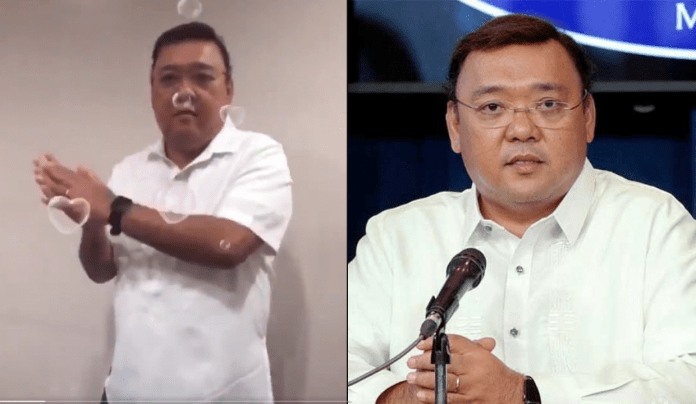 Harry Roque: ‘No reason to ban TikTok in Philippines’

The national government has no plans of banning the TikTok app in the country even as leaders of other countries are making the move to do so over security concerns.

Presidential spokesperson Harry Roque in a press briefing on Tuesday clarified that President Duterte did not order a shutdown on any single website in the country.

Roque, who shared his first Tiktok video back in March, added that he sees no reason to ban the popular video-sharing platform.

President Donald Trump has earlier threatened the Chinese-owned video app to stop its operations in the US due to its alleged national security risk.

India, on the other hand, declared that it would be banning Chinese apps including TikTok over concerns on national security and data privacy.

‘I had a rough childhood’: Bella Poarch reveals sad truth...