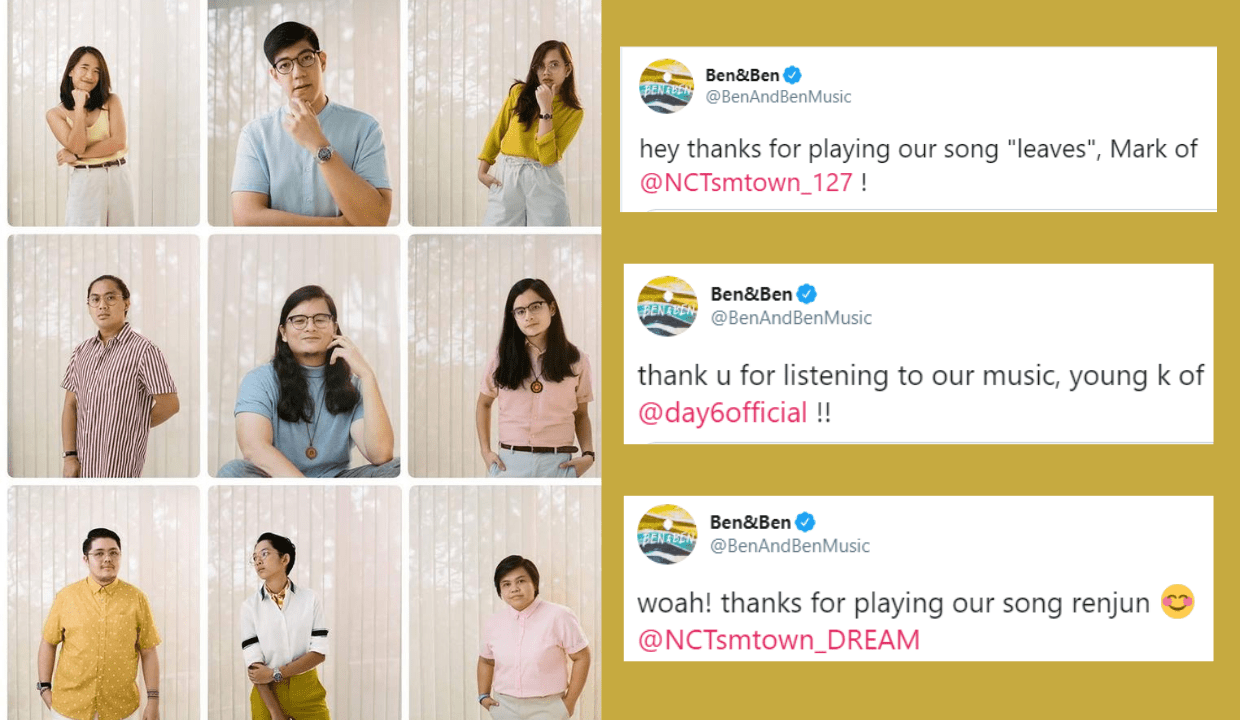 The nine-piece band was thrilled to know that their music was being recognized overseas after getting a shoutout from Mark and Young of K-pop idol groups NCT and Day6, respectively, for their 2017 song Leaves.

A netizen shared on Wednesday night that Ben&Ben topped the realtime search chart of Melon, one of South Korea’s most popular online music services, with related keywords landing on the second, third, sixth and seventh spots.

“Can’t believe it. we’re trending # 1 in South Korea,” wrote Ben&Ben in a tweet accompanied by a screenshot of Melon’s trending list.

The OPM band also made it toTwitter’s local trending list after fans expressed excitement over the news.

Ben&Ben also expressed their thanks to the K-pop idols for appreciating their music.

“This week, a lot of great kpop acts discovered our music. here is young k of @day6kilogram and mark of @nct127 ! thank you for appreciating leaves ? we will listen to your music too,” said Ben&Ben in an Instagram post.

This wasn’t the first time that Ben&Ben got noticed by K-pop acts.