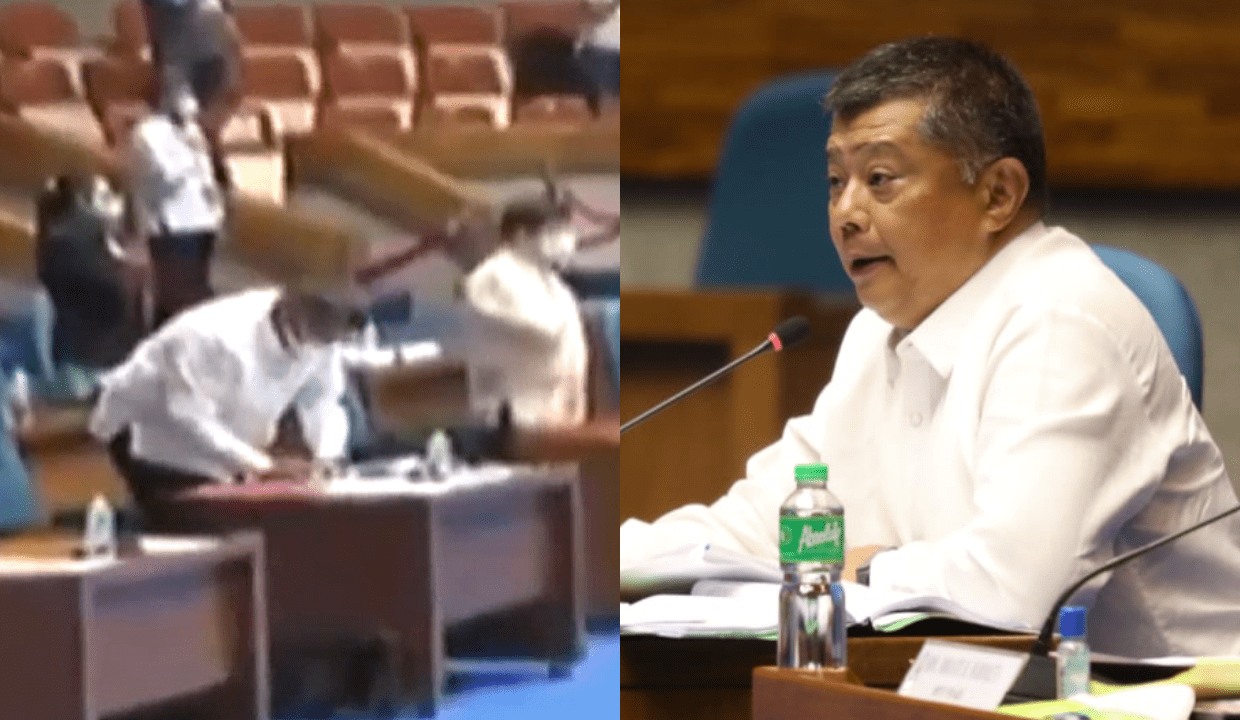 House Deputy Majority Leader Jesus Crispin “Boying” Remulla has apologized after getting into hot water for not respecting the Philippine flag and national anthem, saying he is willing to pay the fine if necessary.

Remulla received flak online after eagle-eyed netizens caught him jotting down notes while Lupang Hinirang was being played before the start of the House hearing on ABS-CBN Network’s franchise renewal on Monday, June 29.

Other hearing attendees were seen standing in attention and with their right hand placed over their left chest as a sign of respect during the flag ceremony.

After the video spread on social media, Remulla on Wednesday issued an apology on the matter.

“I’d like to apologize for an earlier incident na ako po’y may sinusulat na note nung nagfa-flag ceremony tayo,” he said, alleging that the “ABS-CBN people are the ones playing it up now on social media, but I will forgive them.”

Remulla went on to explain, “Ang sa akin ho, I wrote the note — hindi ko ho excuse ‘to — because something went into my mind for the questions I will ask tonight. Ako’y humihingi ng dispensa sa ating mga kababayan.”

He also expressed his willingness to pay the fine for the violation.

According to Section 38 of the Republic Act 8491 or the “Flag and Heraldic Code of the Philippines”, when the national anthem is played at a public gathering, all persons shall “stand at attention, execute a salute by placing their right palms over their left chests, and sing the national anthem with fervor.”

NHCP reacts to video of Bretman Rock twerking to the...