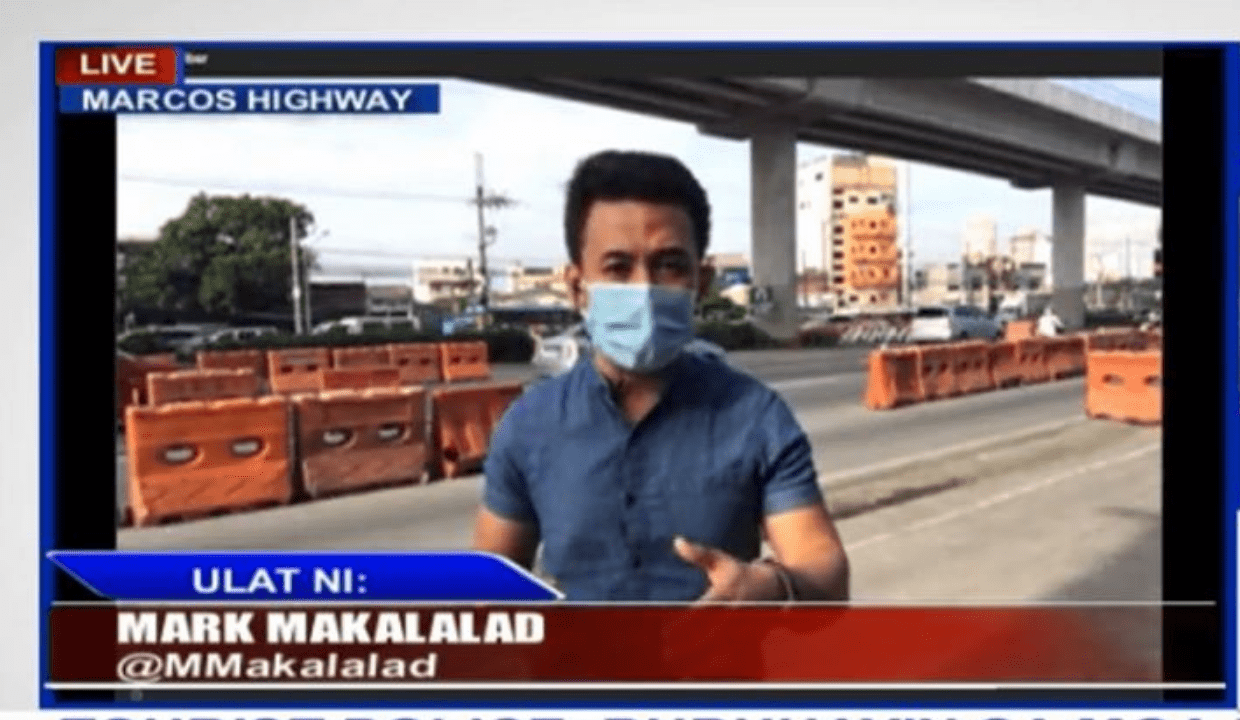 A TV reporter was allegedly questioned and told he could be an “enemy” by the police after doing a live report.

Mark Makalalad of GMA’s Super Radyo dzBB on Thursday wrote in a now-viral Facebook post that a group of four cops approached him after he finished filming his live traffic report in Marikina City and asked for his identification card.

According to Makalalad, he explained to the police he was doing a live report so he had to leave his ID in the media vehicle which was parked near the checkpoint.

He said he was then told by the cops, “Dapat po nagpaalam kayo sa amin na mag-la-live po kayo.”

Makalalad said it was his first time hearing such and that he had never experienced having to ask permission from authorities whenever he goes live in different places on a daily basis.

Makalalad said he then brought out his cellphone to prove he didn’t film them.

“Our conversation ended peacefully naman, I tried to understand them na lang since I respect our authorities,” Makalalad further said.

“IN CONTEXT: Quarantine pass is no longer required in GCQ areas. Permission to seek clearance from police to do live report is NEVER an option,” he ended.

Meanwhile, the National Union of Journalists of the Philippines (NUJP) called on the Philippine National Police (PNP) to investigate the “dangerous actuations” of its personnel.

In a statement to GMA News, Marikina Police chief Police Colonel Restituto Arcangel said that two cops and two marine officers confronted Makalalad because he was not wearing a uniform and identification card that indicated he was a member of the press.

He also reportedly appealed for understanding as the incident had already been resolved between parties involved.

PNP spokesman Brigadier General Bernard Banac, on the other hand, told GMA News that authorities would be seeking “clarification” on the Marikina cops’ actions, adding that “PNP treats the media as an ally and partner in maintenance of peace and order and will always uphold the freedom of the press.”