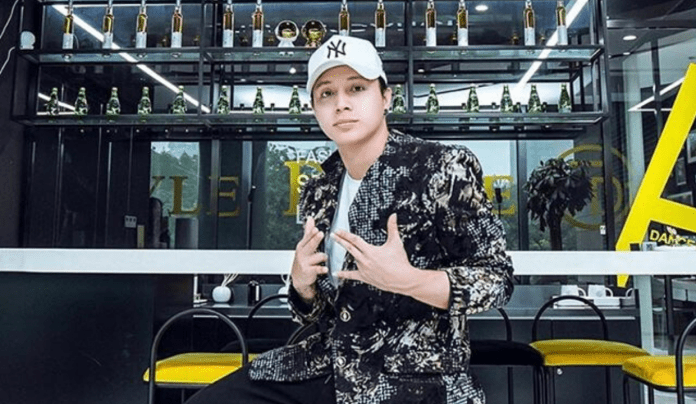 The dancer-choreographer shared that he first prayed hard and contemplated on what happened before going live on Facebook on Saturday to speak up on the controversy.

On his Facebook live, DJ Loonyo once again owned up to his mistake, saying he fully understands where the hate is all coming from.

The internet star added that the controversy served as a learning experience for him.

“Hindi ako naging responsable of how I shared those words and  how I shared those thoughts and opinions. And I totally forgot that you’re an influencer, counted lahat ng pinagsasabi mo. Again, I really apologize for what happened, sobra. It was a learning experience for me.”

DJ Loonyo said that the huge amount of bashing was traumatic, but he did not have any ill feeling towards the people who lashed out at him.

DJ Loonyo went on to hit back at people who called him “bobo”, “tanga” over his viral statements.

The internet dancing sensation also pointed out that doing such actions online can have a bad impact on the younger generation.

He also addressed fellow celebrities and artists who have said things against him.

“For the people, artists, celebrities who told me those kind of stuff, I understand. Naiintindihan ko kung saan sila nanggaling, I really understand.

“I just hope and I pray na sana hindi mangyari ‘to sa kanila or hindi mangyari mangyari sa kapatid nila. Kasi, you know what you put in the universe, it will go back to you. Boomerang effect yan eh.

“For these people, lahat ng nag-hate at nag-bash, I prayed for each and everyone of you.

DJ Loonyo also shared he had come to realize that he wanted to use his voice and platform against cyberbullying.

“I’ll be one of the ambassador, kumbaga binoboto ko yung sarili ko na… I completely disagree with that bullying online or cyberbullying.”

“Right now, I’m using my voice. Trust me, bashing or hating, throwing a lot of hateful messages will not give a lot of positive effect in this world.”

Lauren Young has strong reaction to possibility of dating DJ...